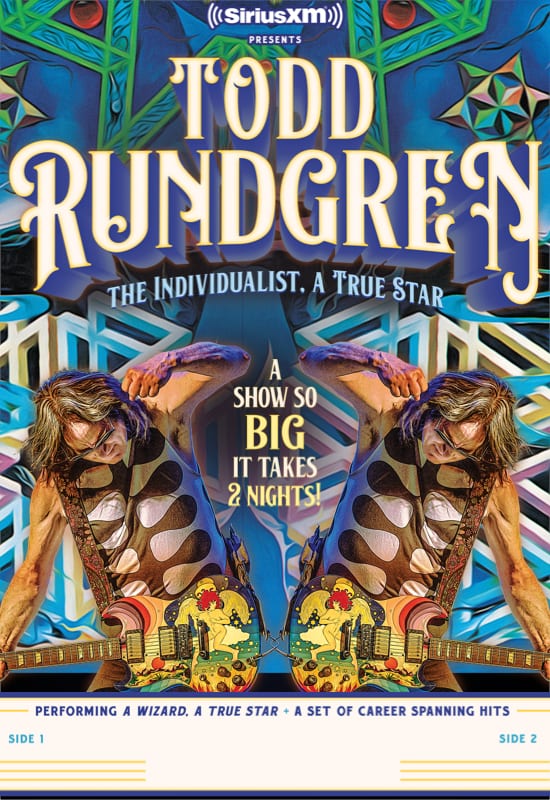 Two nights with 2020 Rock & Roll Hall of Fame nominee Todd Rundgren!  Rundgren performs hits from his 1995 critically acclaimed release The Individualist and his iconic 1973 release A Wizard, A True Star, along with other career spanning songs. The Philly native, was thrust into the spotlight with massive hits “I Saw the Light,” “Hello It’s Me,” and “Can We Still Be Friends?” Throughout the 1970s and 1980s Rundgren was a powerhouse releasing 12 solo albums and 9 albums with his progressive rock band Utopia, along the way producing ground breaking albums for the Patti Smith Group (Wave), Meat Loaf (Bat Out of Hell), Grand Funk Railroad (We’re an American Band), and the New York Dolls (New York Dolls).