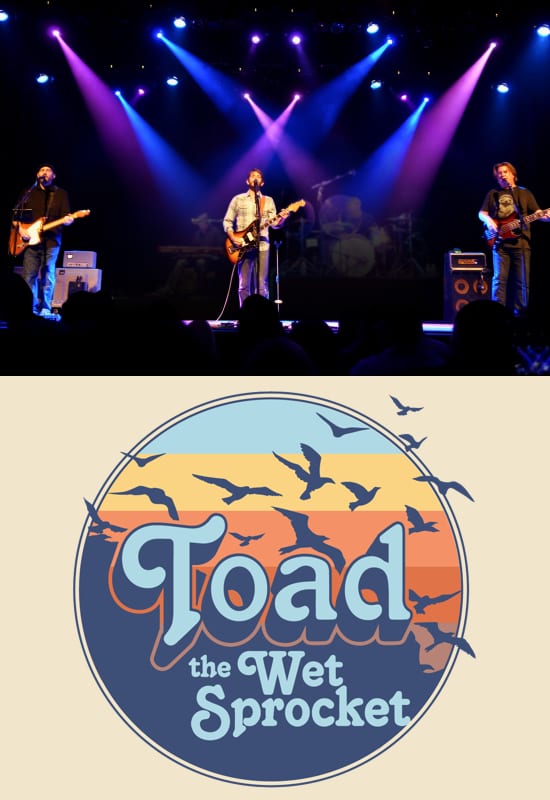 2019 marks two important milestones for Toad the Wet Sprocket. One is the 25th Anniversary of their Platinum album Dulcinea, originally released in 1994, which featured the hits “Fall Down” and “Something’s Always Wrong.” The second is the 30th Anniversary of the band’s very first album Bread & Circus, which was re-released commercially in 1989. Toad continues to support their latest releases, New Constellation (2013) and The Architect of Ruin EP (2015) and will be performing fan favorites like “Walk on the Ocean,” “All I Want,” “I Will Not Take These Things for Granted” and many more.

As part of the summer tour, Toad will be supporting The Sierra Club and their efforts to “Protect the Future and Our Earth.”