Timecrafters – The Treasure of Pirates Cove 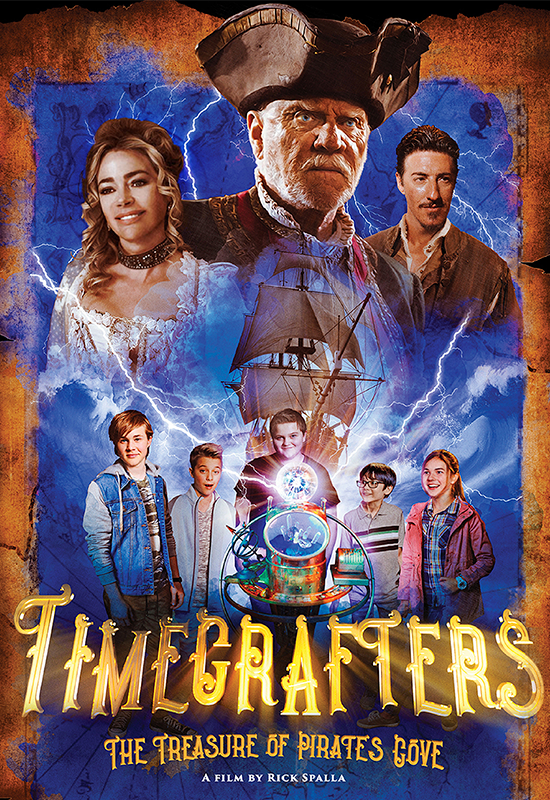 A pirate crew led by the dashing Geoffrey Pistol launches a daring mutiny, stealing away in the night. Captain Lynch awakes to find his first mate gone along with his precious treasure map and vows to chase the mutineers to the gates of Hades. As Pistol navigates a stolen vessel through a treacherous storm, a strange “Time Machine” mechanism below deck is activated and the ship disappears in a flash of swirling, blue energy. The bewildered crew awakes on the shore of the modern-day seaside town Pirate’s Cove, where they are mistaken for drunken actors. A group of four kids Josh, Brigitte, Chip and Hedge find the pirate’s treasure map and use high-tech gadgetry to decipher the clues on the ancient map while eluding their parents and some unsavory characters lurking in town. When the town’s wacky Mayor announces a plan to ditch the town’s pirate theme in lieu of a new “Dino-World” moniker the kids really need to find the lost treasure and save their town from the Mayor’s devious plans.