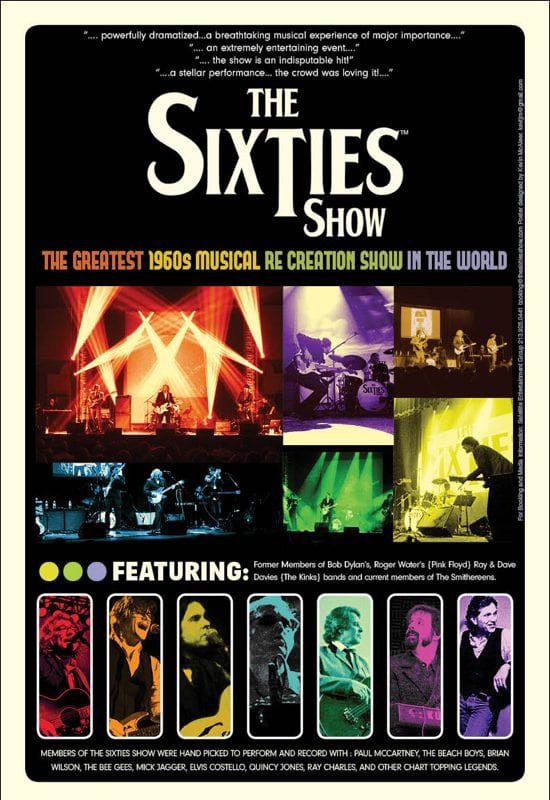 Celebrate the most influential decade of our time with The Sixties Show, the Greatest 1960s Musical Re-Creation Show in the World! This multi-media show features note-for-note re-creations of some of the greatest songs from the 1960s — everything from The Beatles to The Lovin’ Spoonful to The Beach Boys and more – performed by a band featuring former members of The Who, Bob Dylan’s band, and the Saturday Night Live house band. This night of nostalgia features the sights and sounds of the decade – in addition to the concert experience, the show is also powerfully dramatized by a combination of narration and ‘60s archival audio and newsreel footage.

The members of The Sixties Show were hand-picked to perform and record with Sir Paul McCartney, The Beach Boys, Brian Wilson, The Bee Gees, Mick Jagger, Bruce Springsteen and other legends and individually have performed at the most renown venues in the world such a Madison Square Garden, The Hollywood Bowl, Wembley Stadium, The Grand Rex in Paris, The Budokan in Tokyo and others.