The Magic of Adam Trent 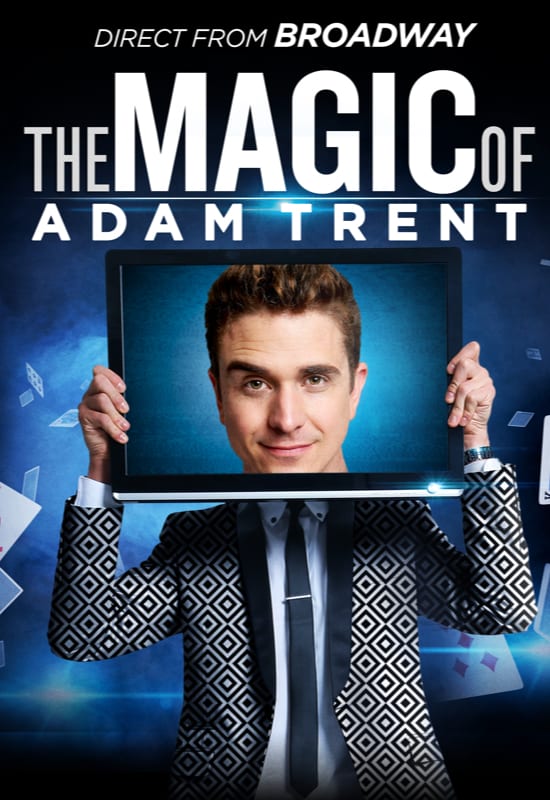 Partially underwritten by Westy Self Storage

Produced by the creative team behind The Illusionists, the world’s best-selling touring magic show, The Magic of Adam Trent is an immersive entertainment extravaganza of magic, comedy and music designed to entertain the entire family.  Trent inaugurated the first two years of The Illusionists record-breaking Broadway runs, which served as a launching pad for his own live show and tour. Showcasing his “futuristic” brand of magic, Trent has mesmerized live audiences around the globe, in person and as a featured guest on America’s Got Talent, The Today Show, Ellen, Rachael Ray Show and Disney Channel among countless other TV appearances. The 32-year-old also stars in his own 10-episode TV series ‘The Road Trick’ on NETFLIX. Don’t miss your chance to see Broadway/TV star Adam Trent bring his signature brand of magic and illusion to The Playhouse in a high-tech stage spectacle!

The Leir Foundation Arts for Everyone recipient for this show is Family & Children’s Aid.  Additional sponsorship provided by Union Savings Bank.