The Genesis Show: Seconds Out 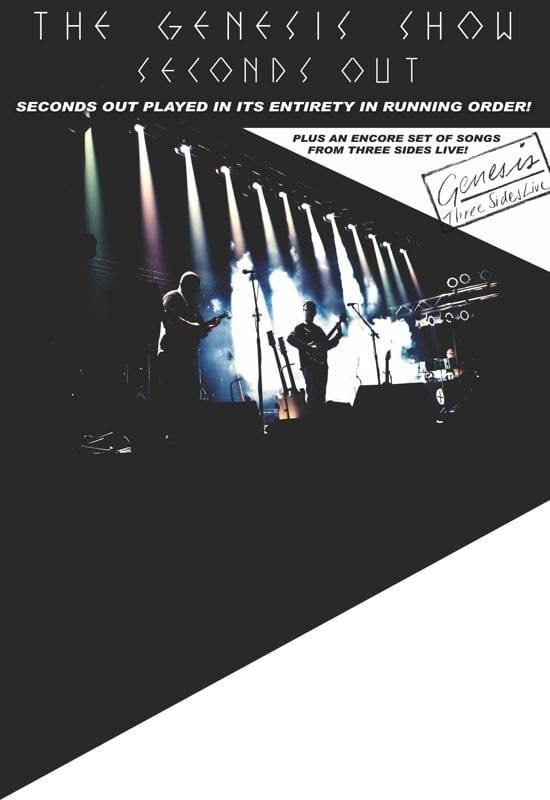 The Genesis Show is a Genesis Tribute Band that focuses on the Phil Collins era of the band specifically 1976-1982. For this show, The Genesis Show will be performing the 1977 Seconds Out live album in its entirety in running order. Then they will be performing an encore set of songs from Genesis’s 1982 Three Sides Live album. The Genesis Show faithfully reproduces the live sound Genesis had in the mid-1970’s with two drummers and lots of vintage gear. If you have seen The Genesis Show before they will be playing some songs from the ’76 Tour which featured Bill Bruford on drums. So fans will get to hear how the songs sounded live in ’76 with Bruford on the drums as well as how they sounded in ’77 with Chester Thomson on drums all in one night. While The Genesis Show does not pretend to look like them the music is about as close to being Genesis as you can get without getting in a time machine and going back to the 70’s and there is a great light show to accompany the music. Grab your tickets today.