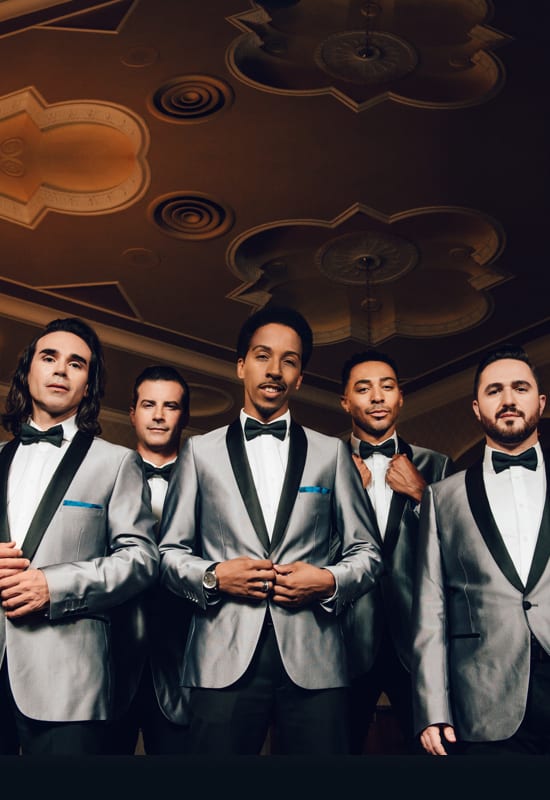 Featuring stars of Broadway’s hits Jersey Boys, Motown: The Musical and Chazz Palminteri’s A Bronx Tale, this show traces the evolution of Doo Wop, performing the songs of groups like the Crests, Belmonts and Flamingos through their influences on the sounds of Smokey Robinson, The Temptations, and The Four Seasons all the way to DooWopified versions of modern musicians like Michael Jackson, Jason Mraz and Maroon 5.