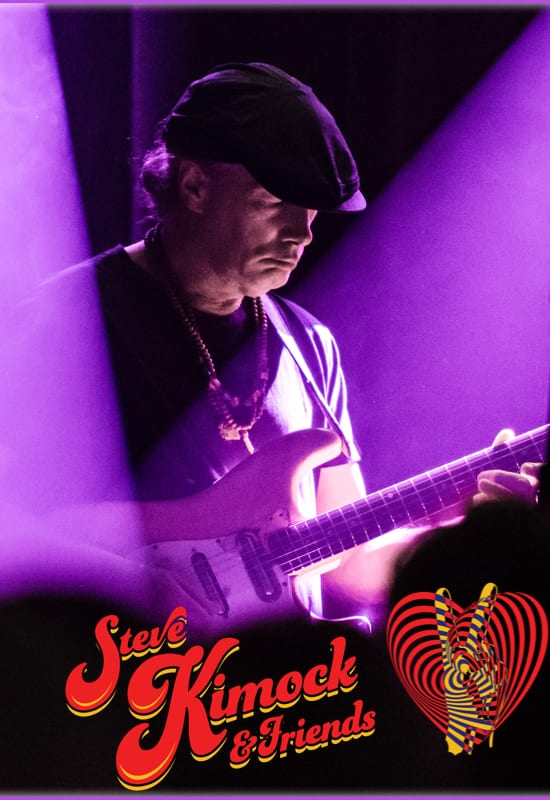 The quintessential San Francisco jazz guitarist,  Kimock moved to the city by the bay in the mid ’70s and began playing guitar in a folk rock group called The Goodman Brothers and gigging around with a variety of groups including The Underdogs with flutist Martin Fierro with whom he would later form Zero. Kimock is widely embraced by fans as one who carries the free-form torch of improvisation, through an extensive catalog of original material in his own bands, as well as through live performances with so many esteemed musicians. Kimock has performed alongside the likes of Bruce Hornsby (and can be heard on two of Hornsby’s releases), John Cipollina, Jerry Garcia and all members of the Grateful Dead, as well as Peter Frampton, Bonnie Raitt, The Allman Brothers, Buddy Miles, Buddy Cage, Screamin’ Jay Hawkins, Bobby Vega, Martin Fierro, Joe Satriani, Baaba Maal, Angelique Kidjo, Elvin Bishop, George Porter Jr., Steve Winwood, Derek Trucks, Ivan Neville, Grace Slick, Papa John Creach, Norton Buffalo, Amos Garrett, Warren Haynes, Hadi Al Sadoon, Stephen Perkins, Nicky Hopkins, Freddie Roulette, and many more. He has often been compared to Jerry Garcia, who often noted Kimock as an influence.

NEW RULE! While we’re a seated venue, for this particular show, we encourage dancing (within your seating area)!