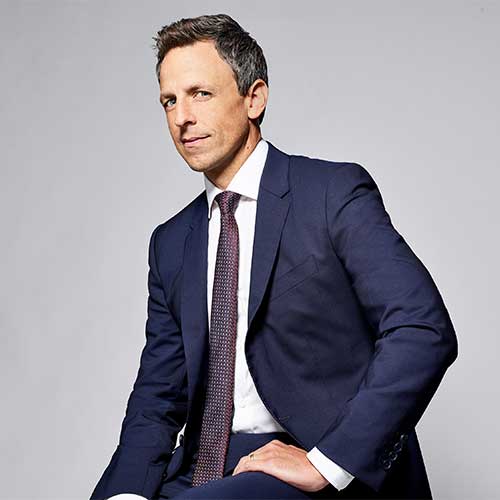 Join us in the lobby at 6:15pm for a tasting of revolutionary spirits from South Norwalk-based SoNo 1420 American Craft Distillers which will include hand-crafted signature cocktails featuring their Hemped Whiskey and Sindica Gin.

Don’t miss this night of stand-up from the Emmy Award-winning writer and host of “Late Night with Seth Meyers!” He was a writer and cast member on “Saturday Night Live” for 13 seasons, hosting the show’s popular “Weekend Update” segment.

Meyers began his TV career with “Saturday Night Live” in 2001. Meyers served as head writer for nine seasons and “Weekend Update” anchor for eight. In 2011, Meyers won the Emmy for Outstanding Original Music and Lyrics for host Justin Timberlake’s musical monologue. In all, Meyers has garnered 20 Emmy nominations for his work in television.