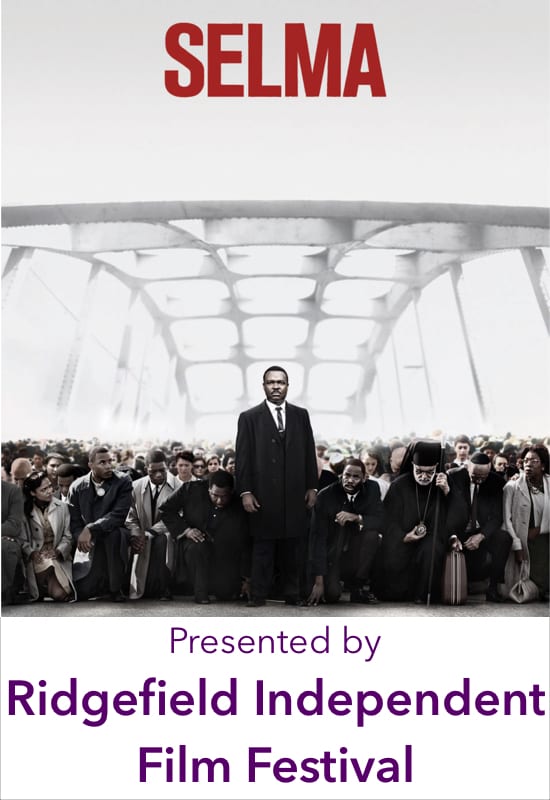 PRESENTED IN COOPERATION WITH THE RIDGEFIELD INDEPENDENT FILM FESTIVAL

In addition to being shown after the film in the theater, our bonus content, sponsored by People’s United Bank, will also be available on our YouTube channel for anyone to watch from home. The bonus content for Selma will consist of an interview with Karen Boykin-Towns, Vice Chairman of the National Association for the Advancement of Colored People (NAACP) Board of Directors led by entertainment reporter Cheryl Washington.

Ava DuVernay directs this award winning historical drama.  SELMA is the story of a movement. The film chronicles the tumultuous three-month period in 1965, when Dr. Martin Luther King, Jr. led a dangerous campaign to secure equal voting rights in the face of violent opposition. The epic march from Selma to Montgomery culminated in President Johnson (Tom Wilkinson) signing the Voting Rights Act of 1965, one of the most significant victories for the civil rights movement. Director Ava DuVernays SELMA tells the real story of how the revered leader and visionary Dr. Martin Luther King Jr. (David Oyelowo) and his brothers and sisters in the movement prompted change that forever altered history.