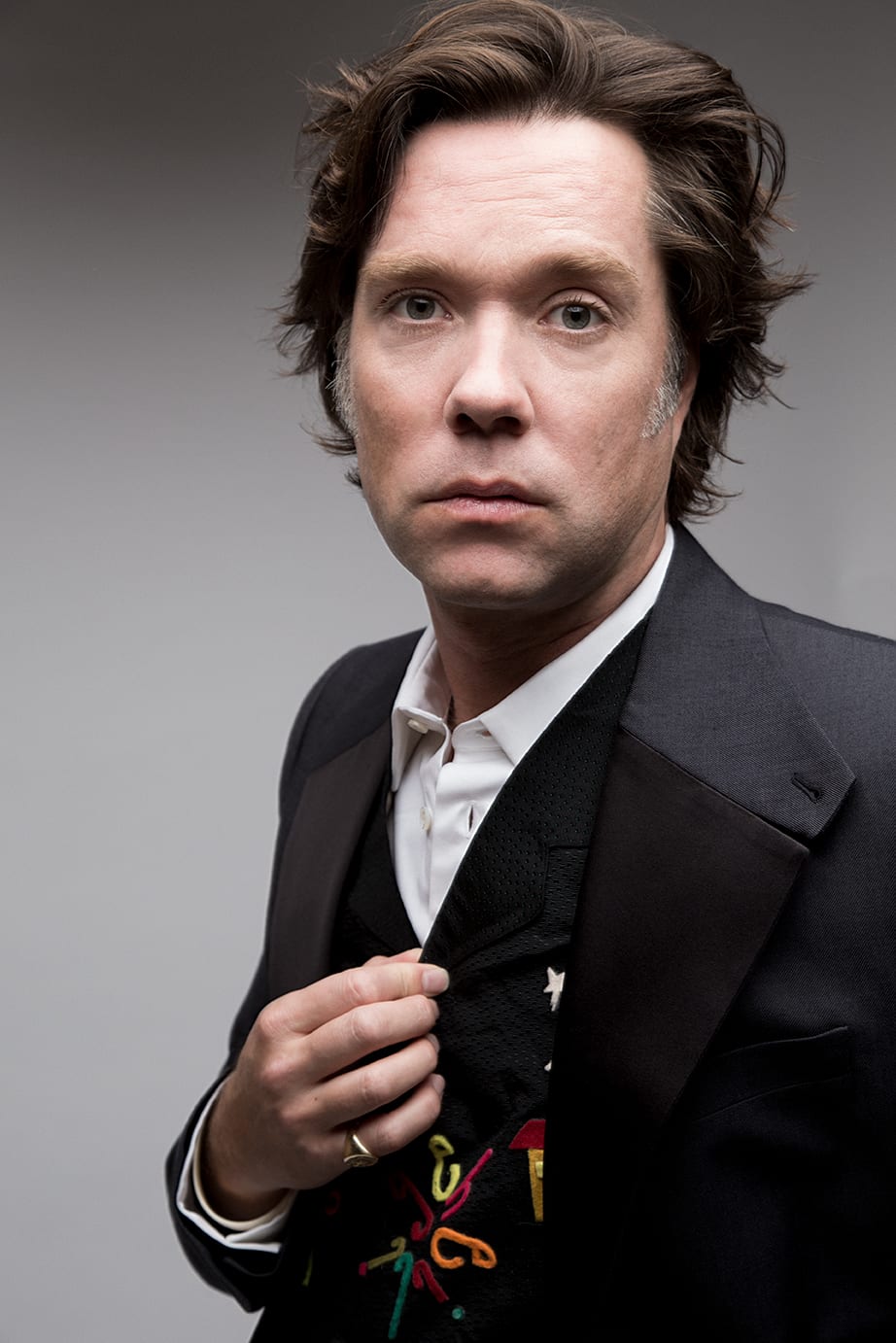 Praised by the New York Times for his “genuine originality,” Grammy Award nominee Rufus Wainwright has established himself as one of the great male vocalists and songwriters of his generation with songs like “Cigarettes and Chocolate Milk,” “April Fools,” and his covers of “Hallelujah” and “Across the Universe.”

His acclaimed first opera, Prima Donna, premiered at the Manchester International Festival in July 2009 and has since been presented in London, Toronto, BAM in New York,  Armel Opera Festival in Hungary and Augsburg Theatre in Germany.  In 2015,  Deutsche Grammophon released a studio recording of the opera recorded with the BBC Symphony Orchestra. Rufus celebrated the 400th anniversary of Shakespeare’s death with the release of his latest album Take All My Loves: 9 Shakespeare Sonnets on Deutsche Grammophon worldwide in Spring 2016. The Canadian Opera Company commissioned Wainwright’s second opera, about Roman Emperor Hadrian, which premiered in Toronto in the fall of 2018.

The Rails are Kami Thompson (daughter of famed folk guitarist Richard and his musical partner Linda) and James Walbourne (guitarist with The Pogues and The Pretenders) and hail from Kentish Town in North London. The duo got together in 2013 and were soon signed to Island Records legendary pink label. Their debut album Fair Warning garnered 5/5 reviews in the music press and was voted the number one Folk Album for 2014 by Mojo. The following year the pair won the prestigious Horizon Award for best new artist at the BBC Radio Two Folk Awards. In early 2017, the Rails travelled to Nashville to record their second album Other People with producer Ray Kennedy. The album released in September the same year garnered more five star reviews in Uncut and The Times as Walbourne and Thompson embarked on tours of the UK and North America (where they opened for the Pretenders). February 2019 saw The Rails back in the studio with a brand new label – Thirty Tigers – and a new producer – Stephen Street. The ensuing album Cancel The Sun will be released on August 16.