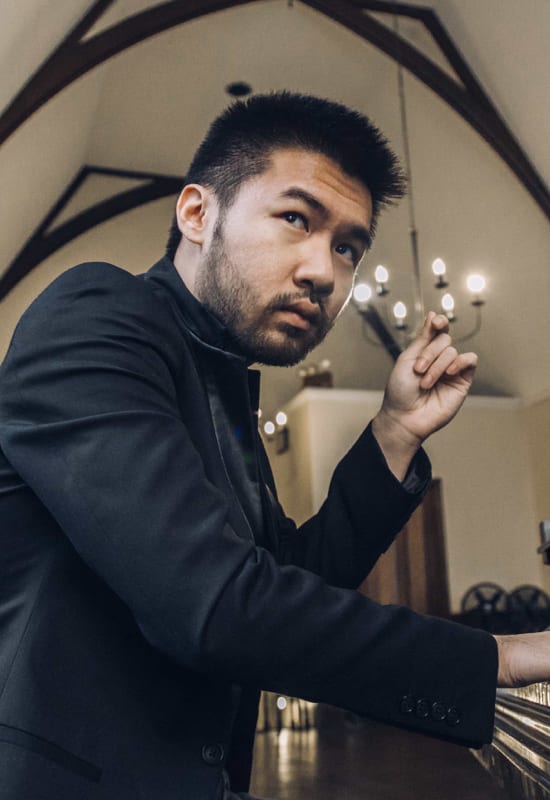 Presented by: The Ridgefield Symphony Orchestra

Conrad Tao has appeared worldwide as a pianist and composer, and has been dubbed a musician of “probing intellect and open-hearted vision” by The New York Times, who also cited him “one of five classical music faces to watch” in the 2018-19 season. Tao is a recipient of the prestigious Avery Fisher Career Grant, and was named a Gilmore Young Artist – an honor awarded every two years highlighting the most promising American pianists of the new generation. Tao also premiered a piece commissioned by the New York Philharmonic with the orchestra at David Geffen Hall in September 2018.

In the 2019-20 season, Tao will be presented in recital by Carnegie Hall. He will also make his debut in recital at Walt Disney Hall, where the LA Phil will present him in works by Copland and Frederic Rzewski. Following his debut at Blossom, The Cleveland Orchestra will present Tao in Severance Hall in a special program featuring music by Mary Lou Williams and Ligeti, and improvisation alongside pianist Aaron Diehl. Additional highlights in the upcoming season include performances with the Seattle Symphony, as well as performances with the Baltimore, Charlotte, Pacific, Phoenix and Ridgefield Symphonies.

In addition to concert halls, Tao will also tour to college campuses, including the University of Notre Dame, UC Berkeley, Humboldt State University, Oregon State University, and Princeton University. Tao’s acclaimed evening-length collaboration with choreographer Caleb Teicher, More Forever, will be presented by Celebrity Series of Boston, and will make its west coast premiere at Segerstrom Hall in Orange County, CA. His ongoing electroacoustic collaboration with improviser and vocalist Charmaine Lee continues with an opening-night performance at the 2019 Resonant Bodies Festival in New York. In the spring, Tao will tour with the JCT Trio — his ensemble with violinist Stefan Jackiw and cellist Jay Campbell — to Massachusetts, Washington D.C., Ohio, Texas, and New Mexico. He will also celebrate Stephen Sondheim’s 90th birthday at the 92Y with Anthony de Mare, premiering a new two-piano take on “Move On,” from Sunday in the Park with George.