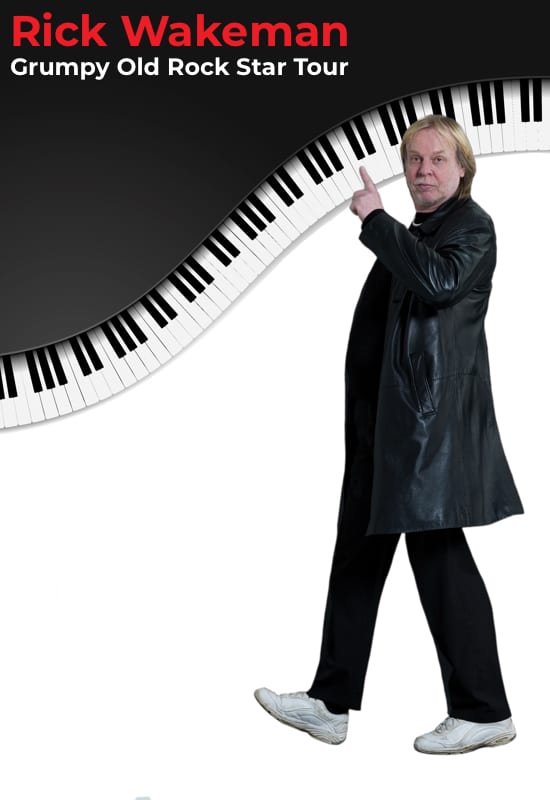 Professional musician, keyboard player, songwriter, broadcaster and raconteur, Wakeman’s career started as a much-in-demand session player, who performed on recordings by David Bowie, Elton John, Lou Reed, Al Stewart and hundreds more artists. His big break came in 1971 when he joined YES, who went on to become the most successful prog rock band in the world, but Wakeman has also always gone his own way outside the framework of that group.