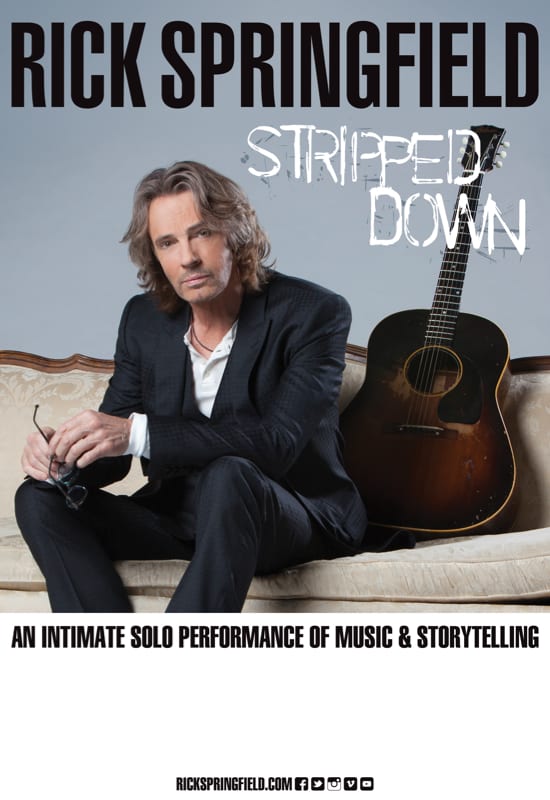 Springfield is the creator of some of the finest power-pop of the ’80s, a Grammy Award-winning singer, songwriter, and musician who has sold 25 million albums and scored 17 U.S. Top 40 hits, including “Jessie’s Girl,” “Don’t Talk to Strangers,” “An Affair of the Heart,” “I’ve Done Everything for You,” “Love Somebody,” and “Human Touch.” He rose to fame in the ‘80s as Dr. Noah Drake on the popular soap opera “General Hospital.”  Springfield’s Stripped Down performance includes music, storytelling and a special question and answer session with the audience.

Kicking off the night is Lucinda & Michael! With heartfelt lyrics, strong and memorable pop and rock melodies, and an undeniable stage presence, Lucinda Rowe and Michael Connolly have captured a loyal audience all over the USA. Lucinda and Michael have performed with or opened for many well-known artists including Pat Benatar, Eddie Money, Patty Smyth and Scandal, Tony Bennett, Stevie Nicks, and many more!