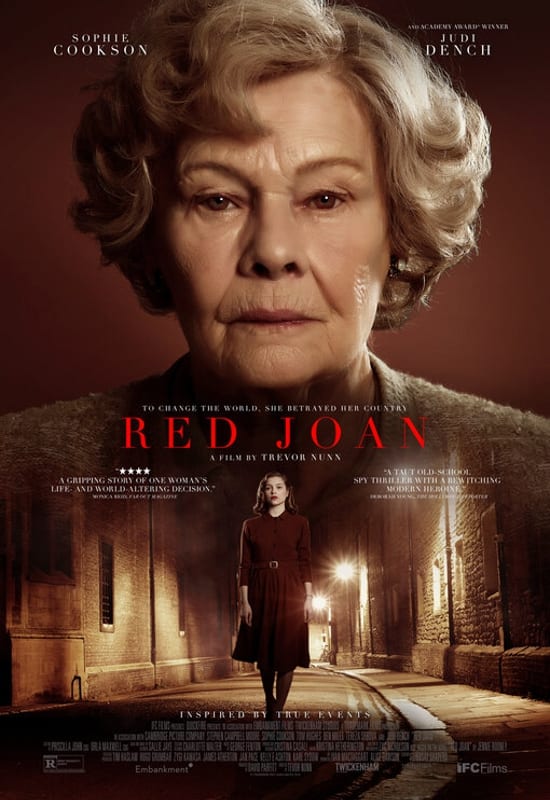 Monday, May 20 at 4pm
Tuesday, May 21 at 1:30pm
Wednesday, May 22 at 4pm
Sunday, May 26 at 4pm & 7pm
Monday, May 27 at 4pm & 7pm
Tuesday, May 28 at 4pm & 7pm
R / Running Time: 1hr 41min
Starring: Judi Dench, Sophie Cookson, Stephen Campbell Moore
English born Joan Stanley, a Soviet and communist party sympathizer, becomes employed as a British government civil servant, and gets recruited by the KGB in the mid 1930s. She successfully transfers nuclear bomb secrets to the Soviet Union (Russia), which enables them to keep up with the west in the development of atomic weapons, and remains undetected as a spy for over a half a century.