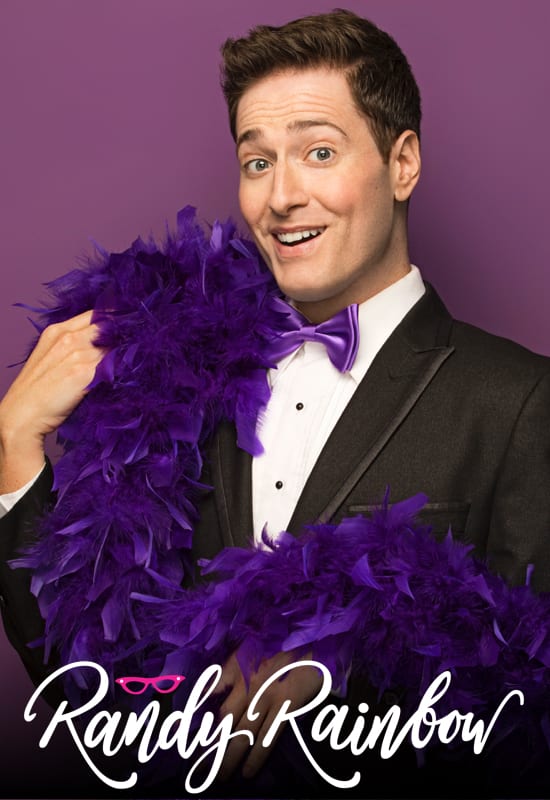 Back after a sold out show last year! Randy Rainbow is an American comedian, actor, singer, writer and satirist best known for his popular series of musical parodies and political spoofs, which have garnered him international acclaim and millions of views for his viral videos.