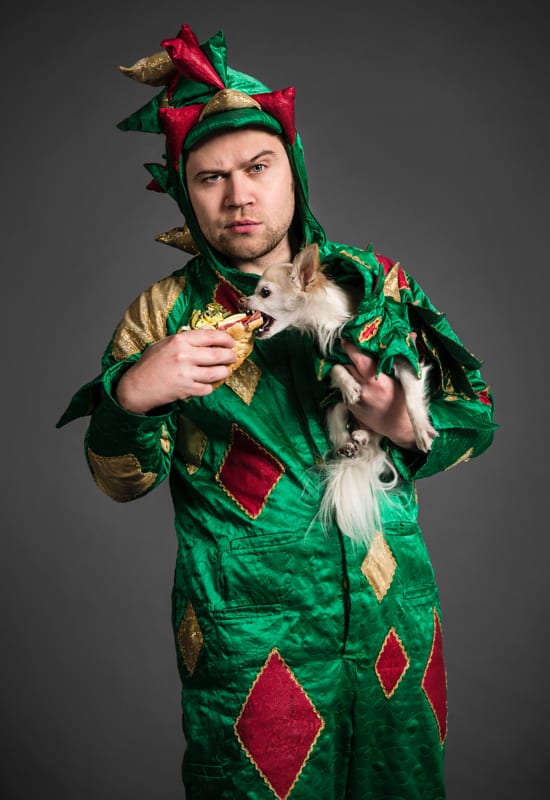 Two Shows! Straight from “America’s Got Talent – it’s the greatest magic performing dragon of all time!  Piff the Magic Dragon and his sidekick Mr. Piffles (a Chihuahua) sold out two shows at The Playhouse in 2015. Don’t miss this night jaw-dropping magic tricks and hysterical comedy – think Larry David in a dragon suit blowing your mind with magic tricks!

Voted the Magic Circle’s Stage Magician of the Year in 2014, Piff is keen to point out that – even though he is a magician doing tricks dressed in a dragon suit and definitely plays it for laughs – his act is not really suitable for young children.