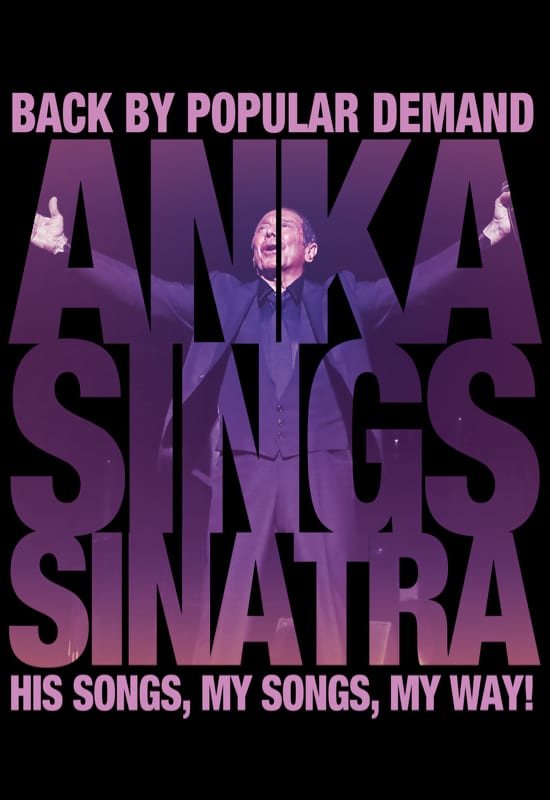 All tickets include a pre-show cocktail party!
Join us in the lobby before the show for a complimentary tasting of Freixenet Prosecco and Italian Rosé!

A note from Paul: “Back by popular demand! The Anka Sings Sinatra tour will honor a great artist who has influenced me more than anyone else throughout my career, Frank Sinatra.  It will also feature the hits that have spanned my career on this 61st anniversary year.  It will be a night filled with his songs, my songs, my way!”

This show includes Anka favorites “Diana,” “Puppy Love,” “Put Your Head on My Shoulder,” as well as some of his favorite Sinatra classics such as “My Way,” “Fly Me to the Moon,” “New York, NY,” and more! A great night of legendary music you won’t want to miss!