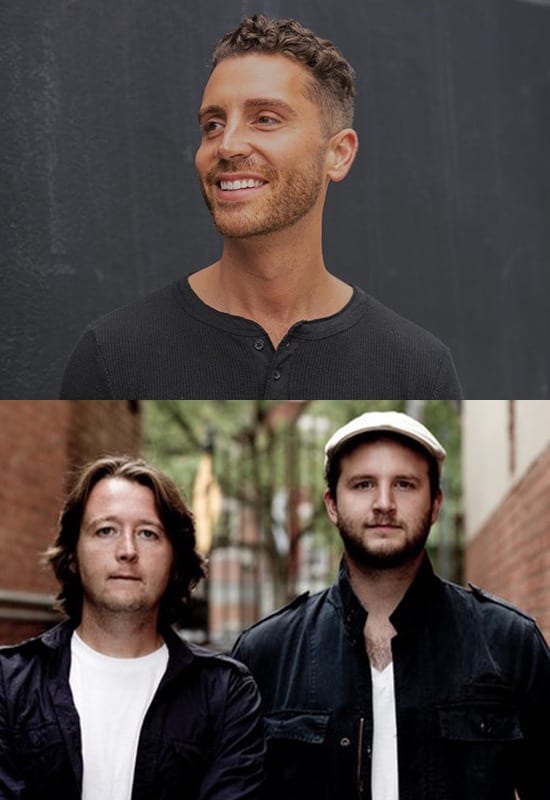 A great Friday night double bill! – outdoors under the tent! Fans fell for Nick Fradiani as he soared through American Idol, claiming the champion title and releasing his debut solo project, Hurricane. The Guilford native recently played Lorenzo in the North American tour of the smash Broadway musical A Bronx Tale.

The Alternate Routes are back with their folk-tinged rock sound! Comprised of vocalist Tim Warren and guitarist Eric Donnelly, the Connecticut natives have collaborated with a wide range of artists including singer-songwriter Patti Griffin, director Lisa Cholodenko (The Kids Are All Right), and guitarist Carl Broemel of My Morning Jacket. They’ve performed on “The Late Late Show with Craig Ferguson,” “Late Night with Conan O’Brien,” and have been repeat guests on NPR’s “Mountain Stage.”