Peter Gros from the Original Mutual of Omaha’s Wild Kingdom 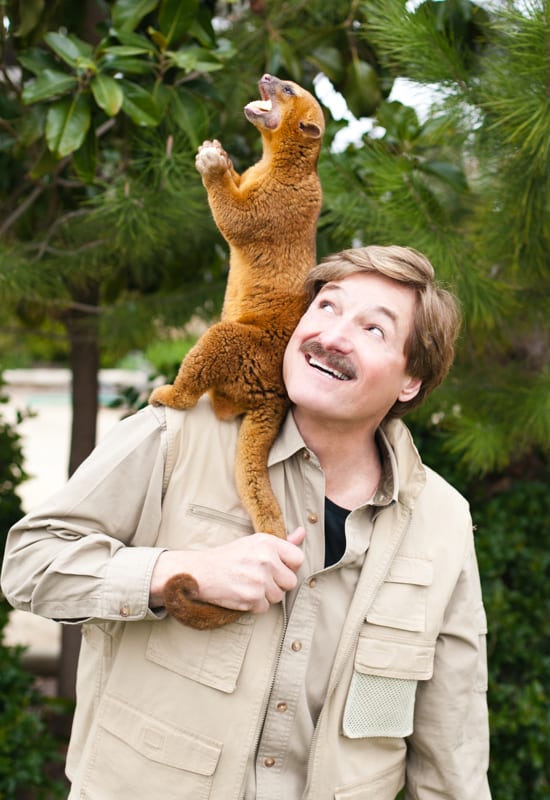 Wildlife expert Peter Gros from the Original Mutual of Omaha’s Wild Kingdom returns with friendly exotic animals LIVE on stage! This show is dedicated to the memory of one of the original Wild Kingdom hosts Jim Fowler, a Connecticut native who worked with the New Canaan Land Trust to permanently protect his property as a wildlife sanctuary and nature preserve. Meet Jim’s wife, Betsey Fowler, in the lobby before the show and view her extraordinary Wildlife Art Exhibit.

In his popular live shows, Gros shares his wildlife adventures through a mix of storytelling and entertaining video clips and bloopers. As he introduces audiences of all ages to some of his exotic animal friends, he brings awareness to issues of conservation, travel and wildlife filming.  Some of the many animals that have appeared with Peter Gros at past performances include a Eurasian eagle owl, an Australian kookaburra that sings with the audience, a 17-foot Burmese python named “Julius Squeezer” that the audience can help hold, a giant African crested porcupine, a lemur and much more! Gros is a frequent lecturer on conservation and preservation at universities, zoos, theaters and nature and science centers around the nation.

Check out the 2019 Nissan Pathfinder Rock Creek Edition on display in the parking lot before the show!