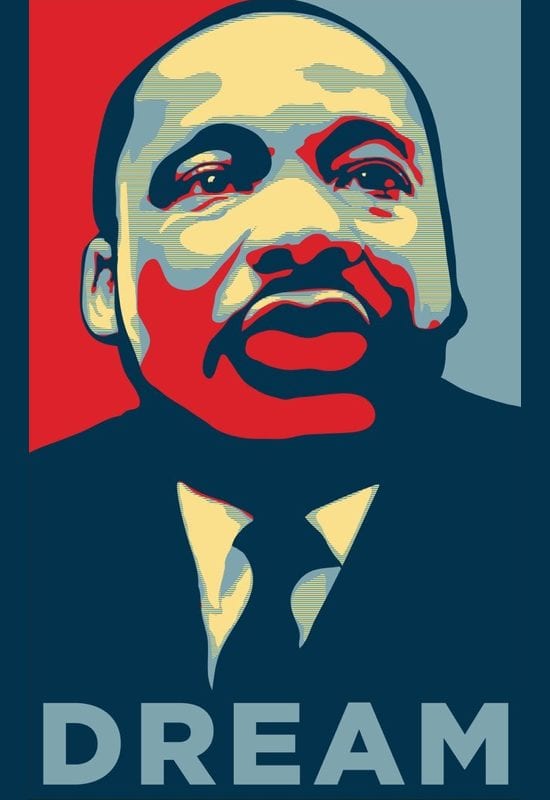 Every year The Spirit of Dr. King Award is given to a Ridgefield resident for their outstanding commitment to community service and selflessness, as we celebrate the life and legacy of Dr. King.  This year will be special, not only because it is the 25th Anniversary of this event, but because, for the first time, it will all be done virtually.

“Although this year it will be done a little differently,” says Ridgefield First Selectman Rudy Marconi, “it will still be an event worthy of celebrating 25 years of holding this event and look at how far we’ve come since the ceremony began in our town 25 years ago.”  So, it seems only fitting to recognize the person who started the celebration a quarter-century ago, by giving The Spirit of Dr. King Award to Mark Robinson.

In addition to the awards ceremony, which will be available on the Town of Ridgefield’s YouTube channel,  the virtual event will include remarks by United States Senator Richard Blumenthal and performances by The Ridgefield Chorale, KEYS students (including the Talmadge Hill Choir), The Phil Ramone Youth Orchestra, The Ridgefield Diwali Committee,  Poet Laureate Barb Jennes, students from A Better Chance, and actress Kimberly Wilson – who has also been a part of the entertainment every year since the first celebration.  Sharing their own reflections on Dr. King, Rabbi Jon Haddon and Deacon Arthur Miller will give the invocation and benediction.

Over the years, the town’s MLK Jr. Day celebration has changed and grown – from standing on the steps outside of the Community Center, to becoming a larger event in the basement of Town Hall, to becoming even more celebratory when moved to The Ridgefield Playhouse in 2013. The words of Martin Luther King Jr. have been reiterated and celebrated year after year.  The campaign for a federal holiday in King’s honor began soon after his assassination in 1968, but it wasn’t until 1983, when President Ronald Regan signed the holiday into law, and it was first observed three years later. At first, some states resisted observing the holiday as such, giving it alternative names, or combining it with other holidays. It was officially observed in all 50 states for the first time in 2000.