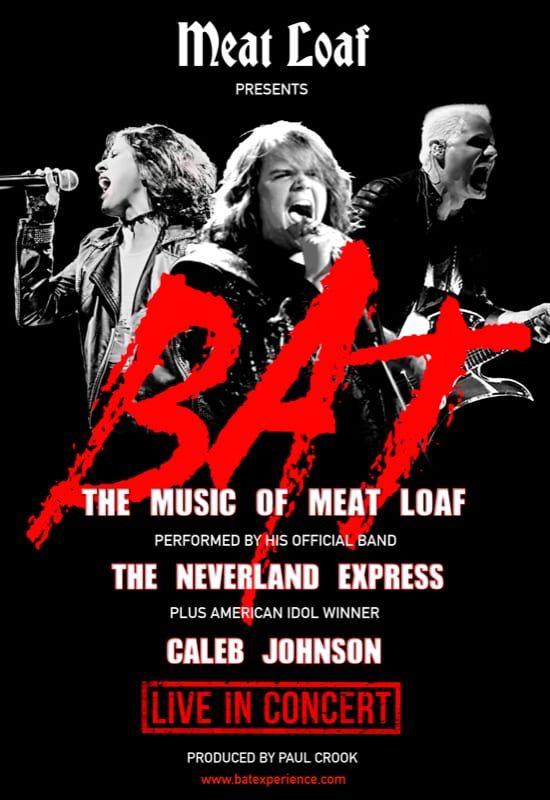 Experience the hit songs of Meat Loaf performed by his official band, The Neverland Express, plus “American Idol” winner Caleb Johnson in a concert presented by Grammy Award winner Meat Loaf and produced by his musical director/guitarist/record producer Paul Crook! “Bat Out of Hell,” “Paradise By the Dashboard Light,” “I Would Do Anything for Love” and more!