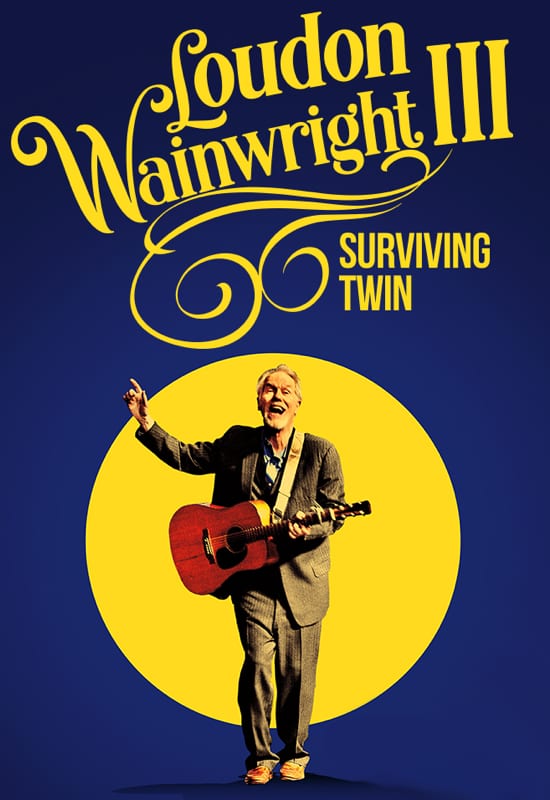 Surviving Twin, is a one-man, scripted, theatrical performance.  A filmed version of the critically acclaimed show, directed by Christopher Guest and produced by Judd Apatow, debuted on Netflix in November of 2018.  The piece is a posthumous collaboration in which Loudon Wainwright III (American songwriter, folk singer, humorist, and actor) combines and connects some of his most personal and best-loved songs with the writing of his late father Loudon Wainwright Jr, the esteemed LIFE Magazine columnist.  Initially developed as part of University of North Carolina’s  Playmakers series, Surviving Twin is a game of creative catch between son & father, exploring issues like birth, loss, parenthood, fashion, pet ownership, and mortality. Surviving Twin has been performed in limited theater engagements in America and in a 5 night stand at the Leicester Square Theater in London.

“Wise and witty, funny and sad, Surviving Twin is an inspired investigation into the complicated, conflicted relationships between fathers and sons.
***** (5 stars).”- London Evening Standard