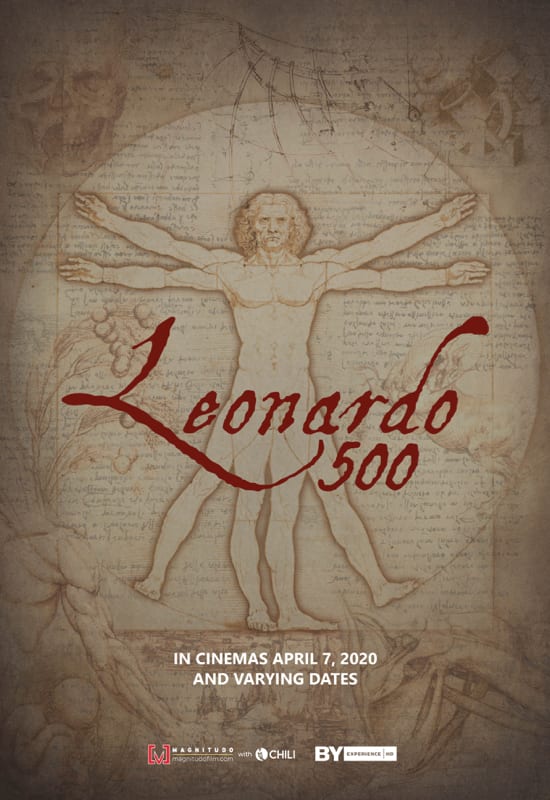 With support from Westy Self Storage

Five hundred years after his death, Leonardo continues to be one of the most admired and well-known figures in human history. An artist, architect, humanist, naturalist and military strategist, Leonardo Da Vinci was, above all else, a tireless observer constantly searching for new discoveries.

Through the use of decades-long studies and research by leading international experts, technicians and engineers, the event film exclusively analyzes the theories and modern implications behind Da Vinci’s work, allowing audiences to witness the genius of Leonardo with new and insightful perspectives.