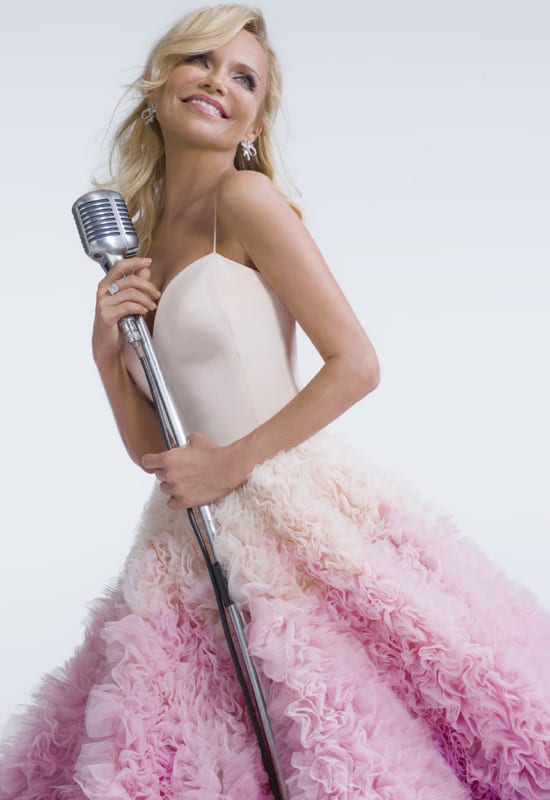 Emmy and Tony Award-winning actress and singer Kristin Chenoweth’s career spans film, television, voiceover and stage. In 2015, Chenoweth received a coveted star on The Hollywood Walk of Fame. In 2009, she received an Emmy Award for Best Supporting Actress in a Comedy Series for her role in “Pushing Daisies.” In 1999, she won a Tony Award for You’re A Good Man, Charlie Brown and she was also nominated for her original role of Glinda the Good Witch in Wicked in 2004. Chenoweth has been nominated for two Emmy Awards and for a People’s Choice Award for her role on “Glee.” In 2009, she wrote an upliftingly candid, comedic chronicle of her life so far, A Little Bit Wicked, which debuted on the New York Times Hardcover Non-Fiction Best Seller List. Chenoweth will star alongside Scott Wolf in the holiday film “The Christmas Song,” which is slated to debut on Hallmark Channel in November 2019 and the film “Holidate” which will premiere on Netflix in 2020. Chenoweth will star as “Madeline” in the upcoming musical comedy Death Becomes Her, an adaptation of the 1992 film directed by Robert Zemeckis.

Chenoweth’s seventh album, due out September 27, is For the Girls, one of her most personal and compelling projects to date. The album is a tribute to some of the great singers who have influenced her, with Chenoweth’s personally charged interpretations of 12 classic songs identified with such iconic artists as Barbra Streisand (“The Way We Were”), Eva Cassidy (“It Doesn’t Matter Anymore”), Dinah Washington (“What a Diff’rence A Day Made”), Doris Day (“When I Fall In Love”), Patsy Cline (“Crazy”), Judy Garland (“The Man That Got Away”), Carole King (“Will You Love Me Tomorrow”), Eydie Gorme (“I Wanna Be Around”) and Linda Ronstadt (“Desperado”).