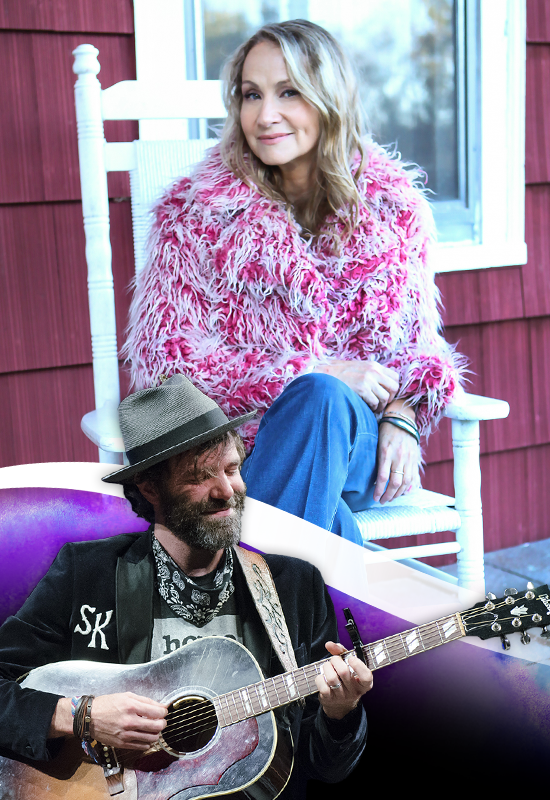 Outdoors - seated under The Playhouse tent
Sponsored by Casey Energy

Check out an art exhibit by Sholeh Janati outside the tent!

A great outdoor show with Joan Osborne and her acoustic trio featuring Keith Cotton and Jack Petruzzelli (founding member of The Fab Faux)!  After her sold out Dylanology show in 2019, seven time Grammy Award-nominee, Joan Osborne, returns to The Ridgefield Playhouse for an outdoor performance with her first album of original music in six years!  Trouble and Strife, her 10th studio album, is a deeply engaging collection of new songs about “the crazy, chaotic times we’re living in” according to Osborne.  She broke through 25 years ago with the multi-platinum Relish and its touchstone mega-smash “One of Us.”  Since then she has gone on to explore a diverse range of genres:  pop, rock, R&B, blues, roots, gospel, funk and country – all of which can be heard on Trouble and Strife.  Joan Osborne has never been an artist confined to one space. She has utilized her incredible voice through her own songs while also becoming one of her generation’s finest interpreters. Osborne has shared the stage with artists ranging from Stevie Wonder and Mavis Staples to Bob Dylan and Lucinda Williams and she continues to seamlessly blend into any genre.

Kicking off the night is singer-songwriter Stephen Kellogg.  Over the last decade, the New England native has performed more than 2,000 concerts around the world, raised thousands of dollars for causes close to his heart, been named Armed Forces Entertainer of the Year, and penned singles for artists like platinum selling rock band O.A.R and American Idol winner Nick Fradiani. Stephen’s most recent writing work with legendary guitarist Robert Randolph, led to a Grammy nomination for “Best Contemporary Blues Record.” He has also had his songs covered by international major label acts and released ten studio albums of his own yielding hundreds of thousands of ticket and record sales.