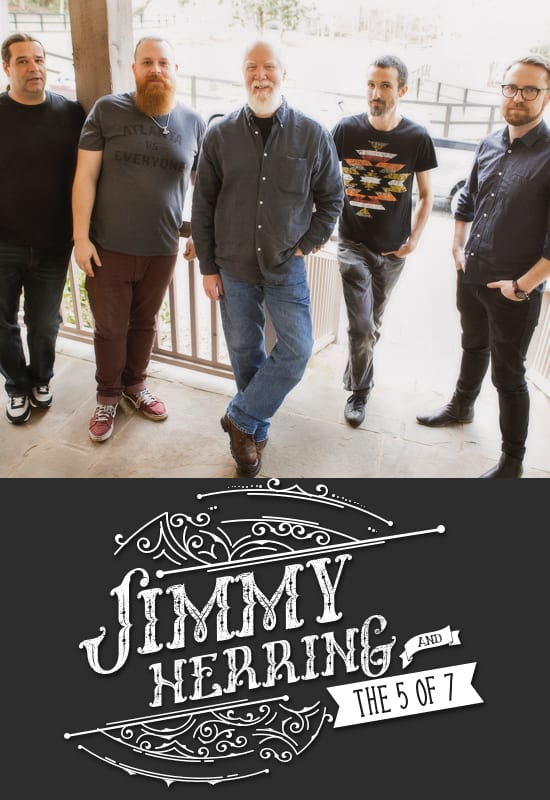 Jimmy’s new band, The 5 of 7, places his uniquely probing, responsive fretwork in the context of a vocalist-fronted, song-driven ensemble. At once accessible and provocative, The 5 of 7 finds Herring joined by bassist Kevin Scott, drummer Darren Stanley, longtime collaborator Matt Slocum on keyboards (Hammond B3, clavinet), and vocalist and guitarist Rick Lollar.

From fatback, roadhouse R&B to more expansive, jazz-inflected explorations, The 5 of 7 demonstrates Herring’s chops not just as a musician, but as a bandleader and catalyst. The novel vocal element is just one more texture at his disposal. “With instrumental music,” he reflects, “people expect to hear your solos, but they’ve just heard you play the melody! You can overexpose your voice. With Rick, I can play behind him, then step out with a solo, and give a fresh feeling to the song — take it to another place.”

NEW RULE! While we’re a seated venue, for this particular show, we encourage dancing (within your seating area)!