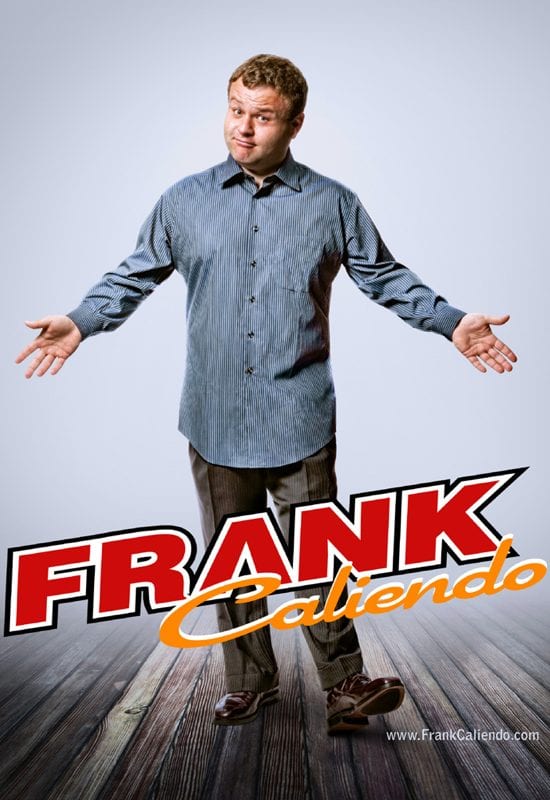 RESCHEDULED FROM JANUARY 19 – Tickets from the 1/19 performance will be honored at this show.

Comedian, actor, and impressionist Frank Caliendo has been making people laugh his entire life.  He is well known for his impressions of famous personalities: Donald Trump, Morgan Freeman, Al Pacino, Robin Williams, Robert DeNiro; politicians George W. Bush, Bill Clinton, Barack Obama; broadcasters John Madden, Charles Barkley and Jon Gruden; and talk show hosts  Dr. Phil, Jay Leno, and David Letterman. After completing an impressive 10-year run on the “FOX NFL Sunday Pregame” show, Frank recently found a new home over at ESPN, where he joined the cast of the “Sunday NFL Countdown”. Beyond ESPN’s NFL show, Frank’s segments often appear on “Sports Center” and other prized ESPN shows. A veteran of television sketch comedy as a cast member on “Mad TV” and starring in his own series “Frank TV,” Caliendo has been a fixture on television for over a decade. He has comedy specials with TBS and Comedy Central and routinely makes surprise and guest appearances on radio and TV shows.  With over 15 combined appearances between the “Tonight Show with Jay Leno” and “The Late Show with David Letterman”, Frank continues to be revered for his exuberant appearances on morning news and late night talk shows.