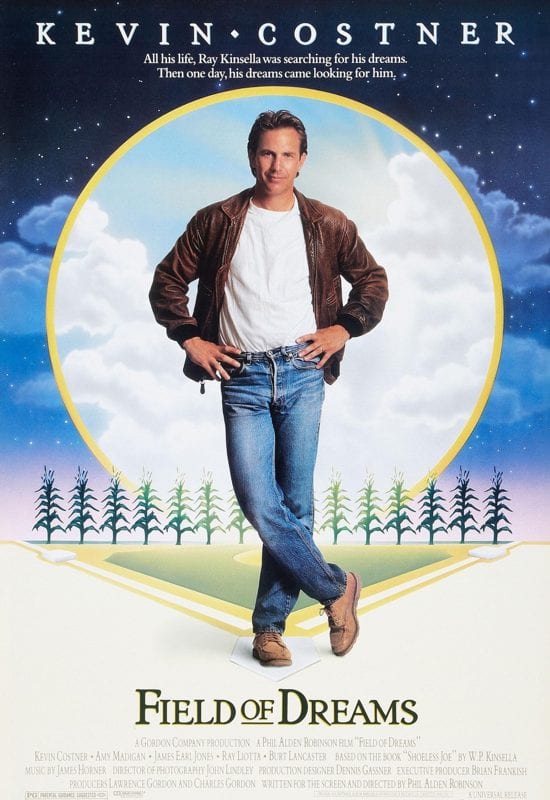 A special Father’s Day screening!
Come early!  Bid on signed baseball memorabilia from New York Yankees center fielder Bernie Williams – which will also include tickets to his July 12 concert and July 13 Celebrity Softball Game!  Have your photo taken in the baseball card photo booth!  For a small donation, a collectible Westerners baseball card will be created for you, and you’ll help keep the lights on at Rogers Park!

“If you build it, they will come.” With these words, Iowa farmer Ray Kinsella (Kevin Costner) is inspired by a voice he can’t ignore to pursue a dream he can hardly believe. Supported by his wife Annie (Amy Madigan), Ray begins the quest by turning his ordinary cornfield into a place where dreams can come true. Along the way he meets reclusive activist Terence Mann (James Earl Jones), the mysterious “Doc” Graham (Burt Lancaster) and even the legendary “Shoeless Joe” Jackson (Ray Liotta). A heartwarming experience that has moved critics and audiences like no other film of this generation, Field of Dreams is a glowing tribute to all who dare to dream.