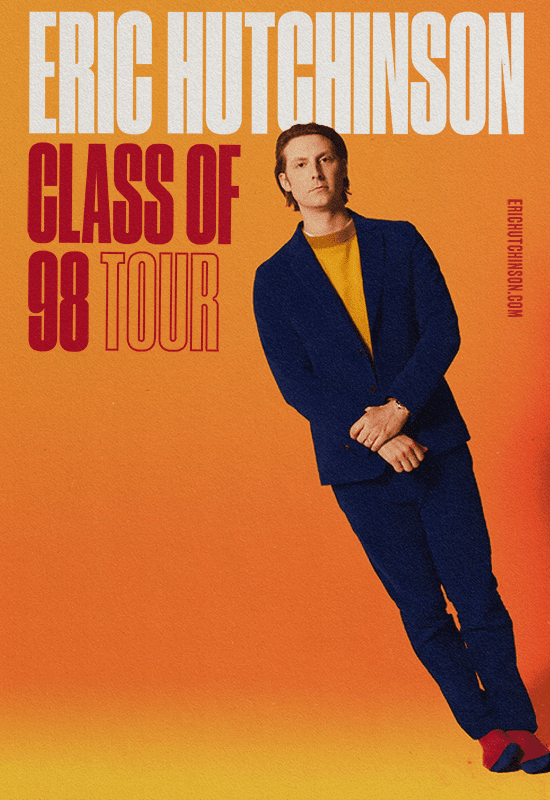 FREE craft beer tasting in the lobby before the show!

Platinum-selling singer/songwriter Eric Hutchinson has shared the stage with Jason Mraz, Amos Lee, Ingrid Michaelson, O.A.R., and Michael Franti. Performing his hits “Rock & Roll,” “OK, It’s All Right with Me” and “A Little More,” Eric and his touring band The Believers deliver an energetic live show while seamlessly melding Pop, Blue Eyed Soul, Reggae, Doo-Wop, Blues, Folk and Americana into his signature sound! With his new release, Class of 98, Hutchinson taps in his adolescent dreams, hopes, fears, anxieties and emotions and transports back into his teenage years, which were filled with the type of alienation and private angst recognizable to most anyone who’s ever been 16. Twenty-plus years later, the singer writes about it in a playful yet reflective way that will surely resonate with longtime fans of the singer’s pop-rock hits.