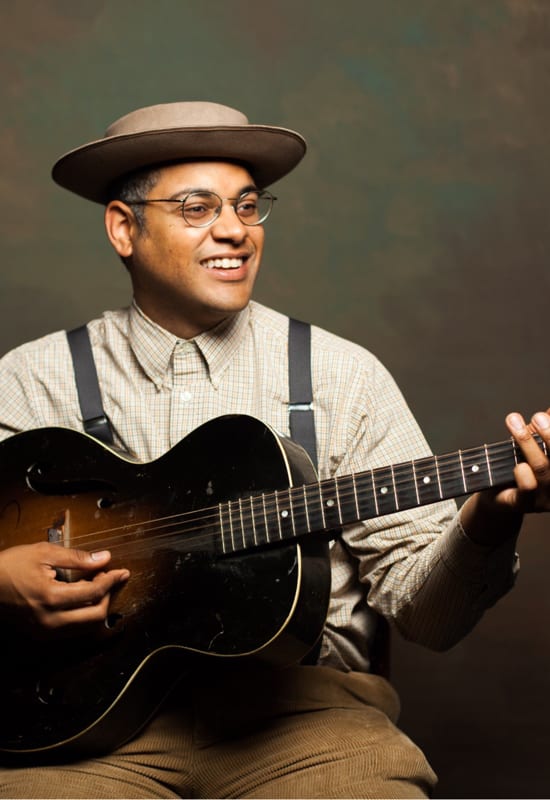 GRAMMY Award Winner, Two-Time EMMY Nominee, 2019 WAMMIE Award Winner- Dom Flemons is known as “The American Songster” since his repertoire of music covers over 100 years of American folklore, ballads, and tunes. Flemons is a music scholar, historian, record collector and a multi-instrumentalist. He is considered an expert player on the Banjo, Fife, Guitar, Harmonica, Jug, Percussion, Quills, and Rhythm Bones. He was a founding member of the Carolina Chocolate Drops. In 2018, Flemons released a solo album titled “Dom Flemons Presents Black Cowboys” on GRAMMY Award-winning record label Smithsonian Folkways and received a GRAMMY Nomination for “Best Folk Album.” This recording is part of the African American Legacy Recordings series, co-produced with the Smithsonian National Museum of African American History and Culture in Washington, D.C.

A professed Southern Gothic, alt-country blues singer/songwriter, Amythyst Kiah opened the sold-out Rhiannon Giddens show at The Playhouse last year and is part of Giddens’ Smithsonian Folkways supergroup Our Native Daughters.  Her commanding stage presence is only matched by her raw and powerful vocals — a deeply moving, hypnotic sound that stirs echoes of a distant and restless past.