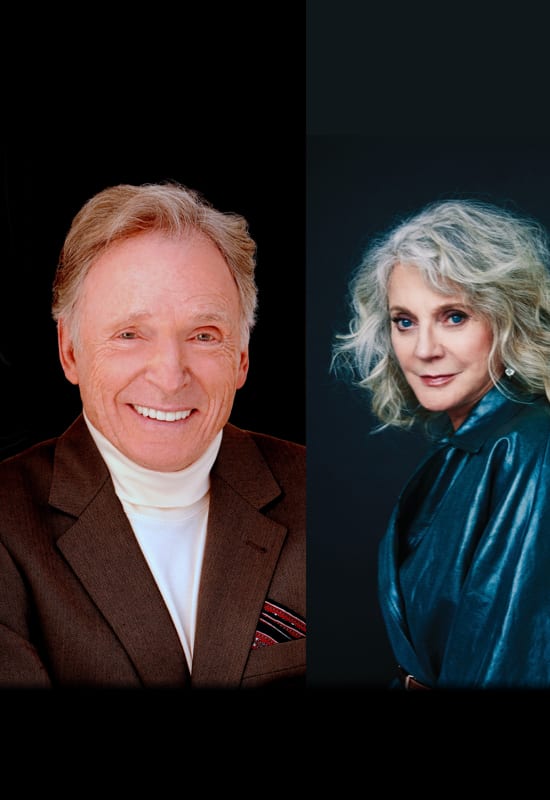 Join us for the first in a series of interviews presented by Emmy Award-winner Dick Cavett! Cavett will interview legends in the entertainment industry throughout the season live on The Playhouse stage. We start with Emmy and Tony Award-winning actress Blythe Danner. Danner is best known for her role as Dina Byrnes in Meet the Parents, and its sequels Meet the Fockers and Little Fockers. She has collaborated on several occasions with Woody Allen, appearing in three of his films: Another Woman, Alice, and Husbands and Wives. Danner’s celebrated television roles include “Huff” (for which she won two Emmy Awards), “Will & Grace,” “We Were the Mulvaneys” and “Back When We Were Grownups.” She is also the mother of actress Gwyneth Paltrow and director Jake Paltrow.

Over the course of his five-decade career, Dick Cavett has conducted in-depth, television interviews with some of the greatest talents of our time including Salvador Dali, Groucho Marx, Katharine Hepburn, Judy Garland, Marlon Brando, John Lennon and many more!

A portion of the proceeds will go to benefit the Leir Foundation Arts for Everyone outreach program.