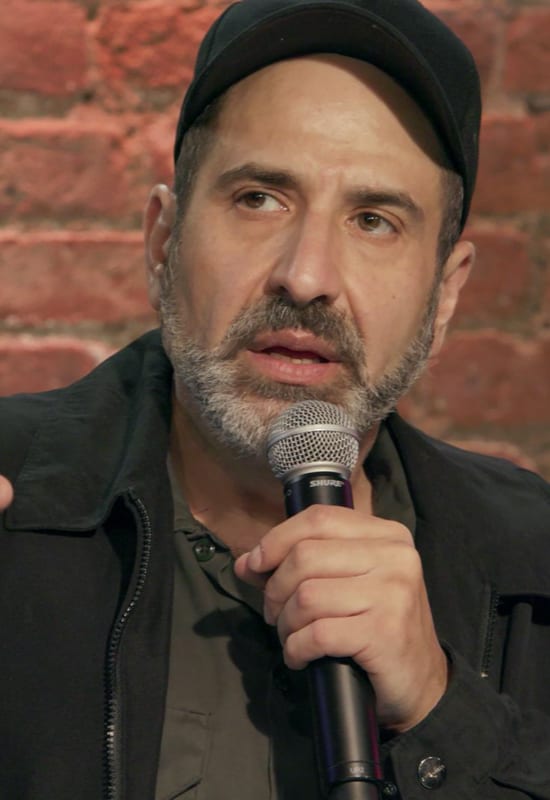 This event will be socially-distanced with seating under a tent on the ball field next to The Playhouse.  Chairs are provided for all ticket holders and have been pre-assigned based on the date of ticket purchase. Members will receive priority seating.

He’s New York City’s hardest-working comic and he’s bringing a night of laughs to The Playhouse with an outdoor show on the field next to the Playhouse!  Dave Attell earned a cult following with his Comedy Central hit Insomniac with Dave Attell.  He has worked alongside some of the biggest names in comedy including  Adam Sandler (his old friend from their NYU days) in Judd Apatow’s Funny People, he also starred alongside Amy Schumer in her hit films Trainwreck and I Feel Pretty.  Dave can also be seen on HBO’s critically acclaimed series Crashing with Pete Holmes.  His stand up series, Dave Attell’s Comedy Underground and his one hour special Road Work were featured on Comedy Central and Road Work is now streaming on Netflix.  His film credits also include Chris Rock’s cult film Pootie Tang and his television credits include some of the best in comedy including The Simpsons, Difficult People, Bob’s Burgers, Arrested Development, The Jim Gaffigan Show, The Daily Show with Jon Stewart, Inside Amy Schumer, Everybody Loves Raymond, Louie, Tough Crowd with Colin Quinn and the list goes on.  Fellow comics Patton Oswalt and Bill Burr have hailed him as the greatest off-color comedian alive.  He’s a master of the one-liner, and no one is safe from Dave’s comedy!