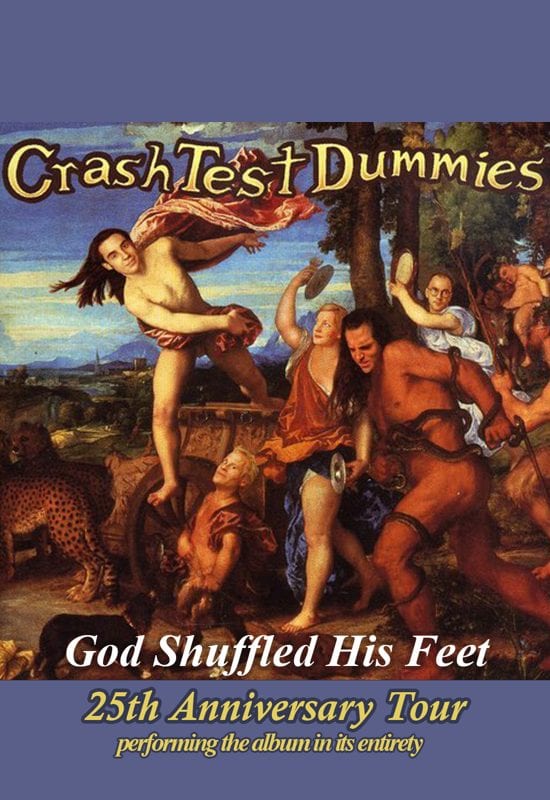 This Canadian alt-rock band is reuniting for the first time in 17-years to celebrate the 25th anniversary of their seminal sophomore album, God Shuffled His Feet,  featuring the original line-up of Brad Roberts, Ellen Reid, Dan Roberts, and Mitch Dorge.  “After a huge hit in Canada with our folksier debut album, our next effort was dubbed ‘too new a sound’ by our Canadian compatriots. In America however, it managed to pique the interest of a new and frankly much larger group of listeners and soon ‘MMM MMM MMM MMM became a bonafide hit south of our border, and eventually all over the world,” says Brad Roberts.  “It was a wild ride for us that year. Now we’re celebrating the 25th anniversary reuniting with our original line-up and dusting off our old set lists. It will be the first time we’ve toured with the full band since 2001, and we’re very excited about it.” The 1993 platinum selling and Grammy-nominated albumGod Shuffled His Feet hit #9 in the United States on Billboard’s Top 200 albums chart. God Shuffled His Feet features their most unusual and highly popular singles, “Mmm Mmm Mmm Mmm” and “Superman.” The memorable cover artwork featured the superimposed the faces of the band atop figures in the Titian painting “Bacchus and Ariadne.”