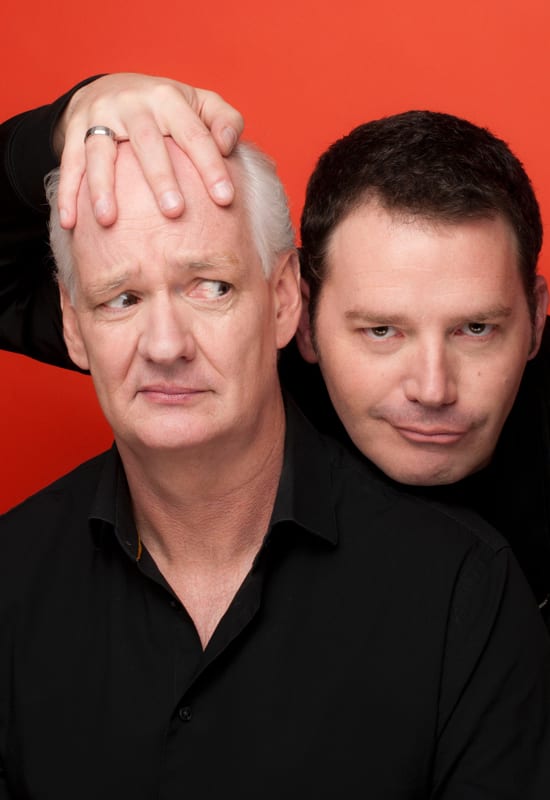 Armed with only their wits, “Whose Line is it Anyway?” stars Colin Mochrie and Brad Sherwood are taking to the live stage and they’re…Scared Scriptless. Prepare to laugh yourself senseless as improv comedy masterminds Colin & Brad must make up original scenes, songs and more from whatever you, the fans, suggest! You just might also get to  join in on the fun on stage. It’s a hilarious comedic high wire act… just like a live version  of ‘Whose Line!’ How the heck do they do it? We don’t know either! Don’t miss the best  duo in improv in the Colin Mochrie & Brad Sherwood: Scared Scriptless Tour.