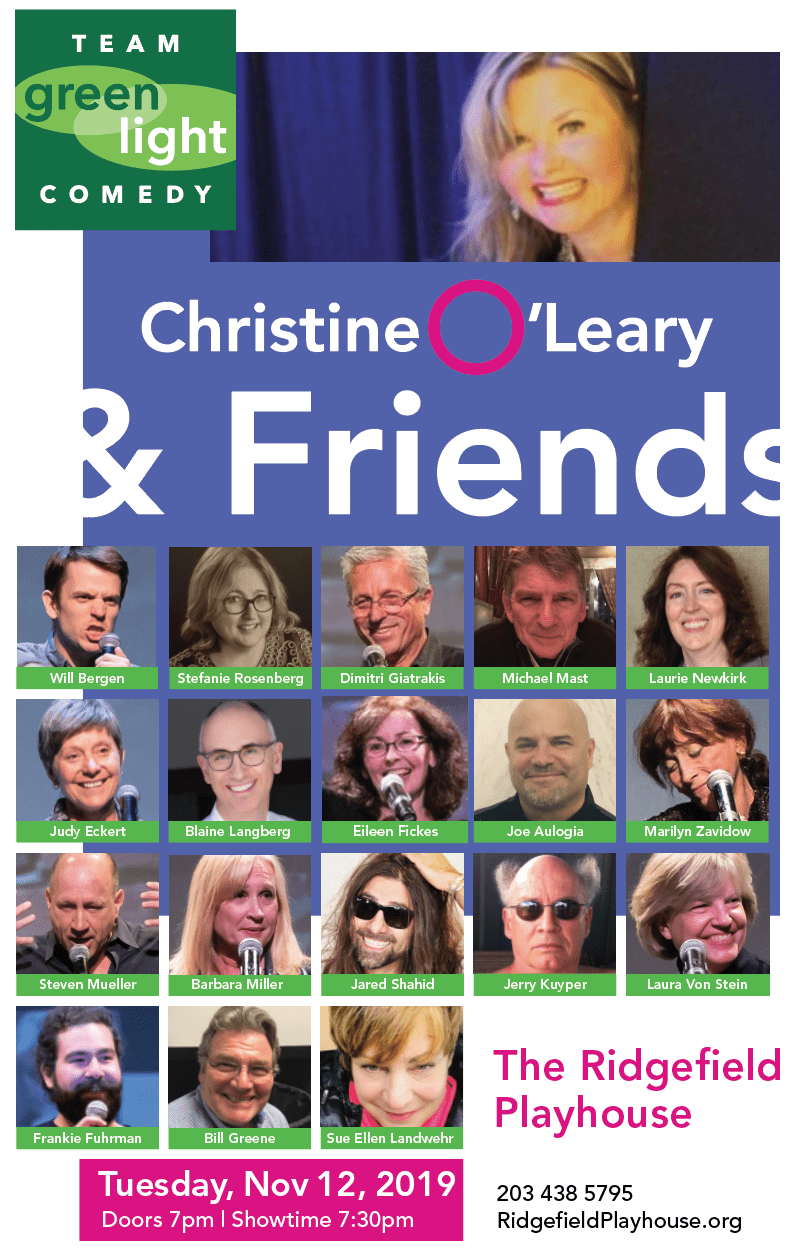 Enjoy an evening of rapid-fire stand-up comedy featuring award-winning comic Christine O’Leary and handpicked members of her stand-up comedy troop – Team Green Light Comedy. Nominated by Curve Magazine as one of the ‘50 Funniest Lesbians in America,’ O’Leary has toured the country and worked with top comedians in the business and soaked up 1:1 potent advice from Jay Leno, Sinbad, Tracy Morgan, Jim Breuer, Whoopi Goldberg Gilbert Gottfried, and Joy Behar.

O’Leary and her comedy comrades deliver a hilarious, belly laughing evening of nonstop stand-up bits and beats, new and old comics and material!