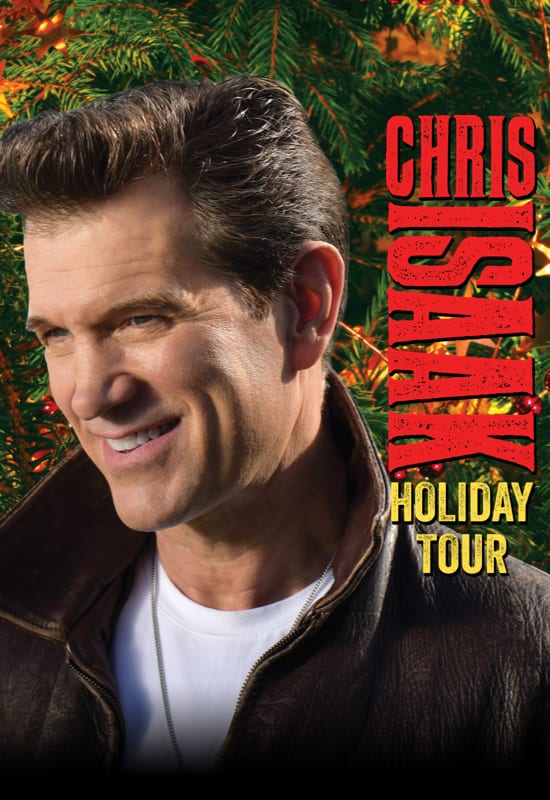 Platinum-selling and Grammy-nominated singer-songwriter Chris Isaak kicks off his 2019 holiday tour at The Playhouse! Don’t miss this night of hits, including “Wicked Game,” along with classic holiday songs!

Chris Isaak has been a Grammy nominated recording artist, songwriter and actor for more than 34 years. It’s been 30 years since the release of his breakthrough classic “Wicked Game,” and the song remains one of the most covered songs in music. Isaak’s film soundtrack credits include Wild at Heart, Blue Velvet, True Romance, and Eyes Wide Shut, and the California native has also done extensive work in front of the camera, including The Silence of the Lambs, That Thing You Do! and three seasons as the lead in “The Chris Isaak Show” on Showtime. Isaak has also hosted a music talk show “The Chris Isaak Hour” on BIO and served as a judge on “The X Factor Australia.” Called “rockabilly’s greatest modern ambassador” by Rolling Stone, Isaak’s 12th studio album, First Comes The Night, was released in 2015 to much critical acclaim. He is currently recording a new studio album in Nashville. His legendary shows with his longtime band Silvertone have entertained audiences for over three decades.