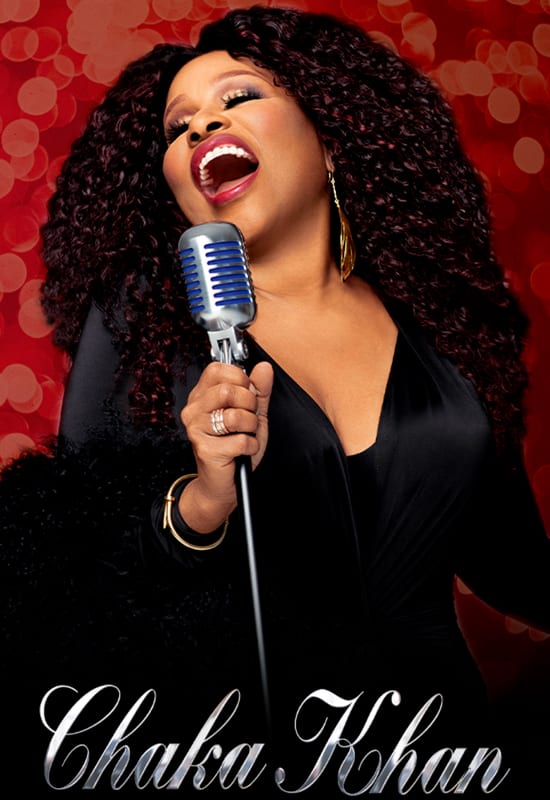 Ten-time GRAMMY®  Award winner Chaka Khan, whose hits include “Ain’t Nobody,” “I’m Every Woman,” and “Through the Fire,” has released 22 albums and  racked up ten Number One songs, seven gold singles and ten gold and platinum albums. She is estimated to have sold over 70 million albums worldwide. Chaka is revered by both millions of fans and her peers for her timeless, unmatched vocal style and image. The late, great Miles Davis noted that Chaka “sings like my horn.” And none other than the late Queen of Soul, Aretha Franklin, said Chaka “is a one-of-a-kind, premier vocalist.”

Join us before the performance under the tent for an open bar, choice wine and spirit tastings and dinner by the bite from various area restaurants and caterers. The evening also includes one of a kind auction items!