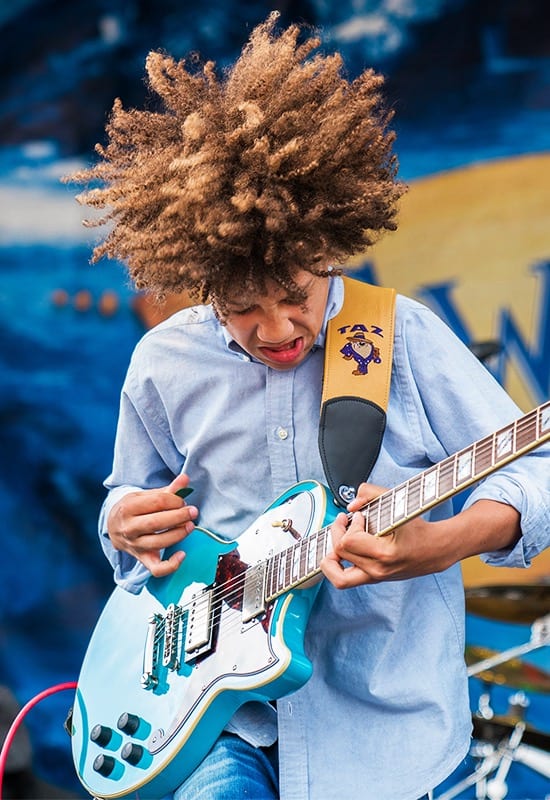 With support from Calzone Case Company

This show will be socially distanced with limited seating in the theater. Face masks are required at all times. Please maintain a 6 foot distance from others.

After an electrifying performance in January of this year, “Taz” returns to The Ridgefield Playhouse stage with TWO socially distanced, limited capacity shows!  Seventeen-year-old Brandon Niederauer, nicknamed “Taz” for his ferocious guitar playing, is taking the music scene by storm. Having performed in some of the most legendary venues in America with many of the most prominent musicians of our time, the young guitarist, singer, and songwriter has already earned himself a national audience and a signature D’Angelico Guitar. Taz has shared the stage with multiple members of the Allman Brothers Band, as well as a variety of other notable musicians, including Slash, Lady Gaga, Buddy Guy, Stevie Nicks, Jon Batiste, Dweezil Zappa, Eric Gales, George Clinton & Parliament Funkadelic, and countless others.  In October he was featured in a new Bootsy Collins track, “Jam On,” alongside Snoop Dogg.

Taz may be best known for his role of guitarist “Zack Mooneyham” in the Tony Award-nominated Andrew Lloyd Webber Broadway production, School of Rock the Musical. Since making his national television debut on The Ellen DeGeneres Show at just ten years old, Brandon has appeared on The Late Show with Stephen Colbert, Good Morning America, and The View. In 2018, Brandon reunited with Andrew Lloyd Webber, performing in January with Sarah Brightman at The Phantom of the Opera’s 30th Anniversary celebration, and in April alongside Sara Bareilles, Alice Cooper, and John Legend in NBC’s live broadcast production of Jesus Christ Superstar. Brandon is currently featured in Spike Lee’s Netflix series, She’s Gotta Have It, and performs concerts for audiences across the country and around the world.