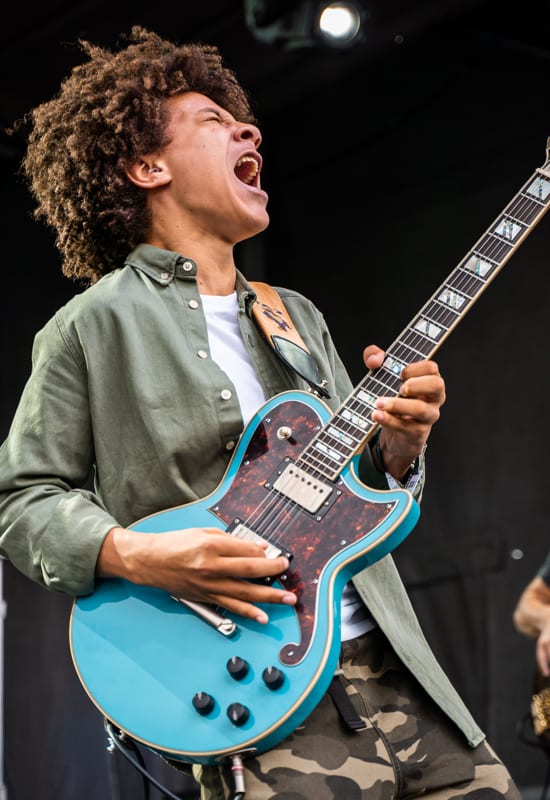 Since making his national television debut on “The Ellen DeGeneres Show” at just ten years old, Brandon has appeared on “The Late Show with Stephen Colbert,” “Good Morning America,” and “The View.” At just 12 years old, Brandon was cast in the role of guitarist “Zack Mooneyham” in the Tony Award-nominated Andrew Lloyd Webber Broadway production, School of Rock the Musical. In 2018, Brandon reunited with Andrew Lloyd Webber, performing with Sarah Brightman at The Phantom of the Opera’s 30th Anniversary celebration, and later that year alongside Sara Bareilles, Alice Cooper, and John Legend in NBC’s live broadcast production of Jesus Christ Superstar. Brandon is featured in Spike Lee’s Netflix series, “She’s Gotta Have It,” and performs concerts for audiences across the country and around the world.