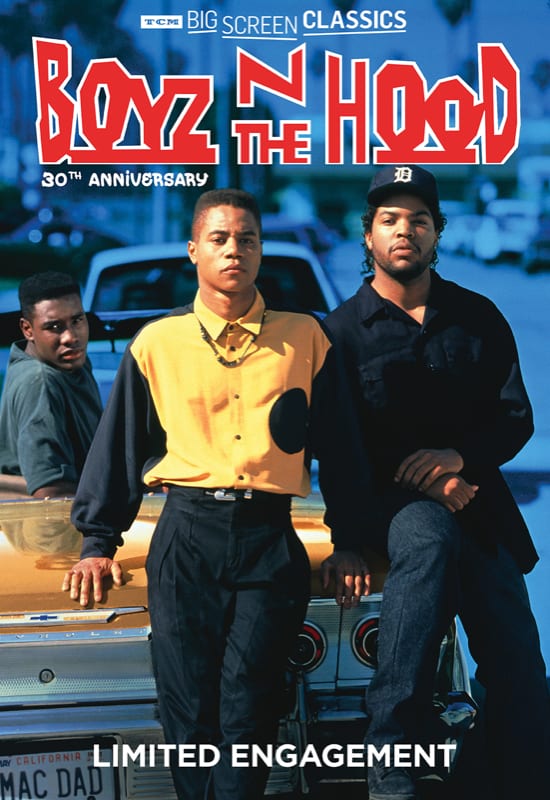 In honor of Black History Month, this classic film returns to cinemas and includes exclusive insights from Turner Classic Movies.

John Singleton made his debut with this gritty coming-of-age story that earned him Academy Award® nominations for Best Director and Best Screenplay. Young Tre Styles (Cuba Gooding, Jr.) has been sent by his mother to live with his father, Furious Styles (Laurence Fishburne). Their South Central Los Angeles neighborhood is beset by gang violence and drugs, but Furious managed to avoid their ill effects and is determined to keep his son out of trouble. He can’t, however, protect Tre from the influence of other forces, including his friends, Doughboy (Ice Cube, in his acting debut), who’s drifting into drugs and run-ins with the law, and Doughboy’s brother, Ricky (Morris Chestnut), a high school football star and teenage father. When a chance encounter leads to gunfire and tragedy, Tre must decide whether to accompany Doughboy on a dangerous mission of revenge.

Join us for a special limited engagement, which includes exclusive insights from TCM.