Boehringer Ingelheim Presents Bernie Williams and his All Star Band 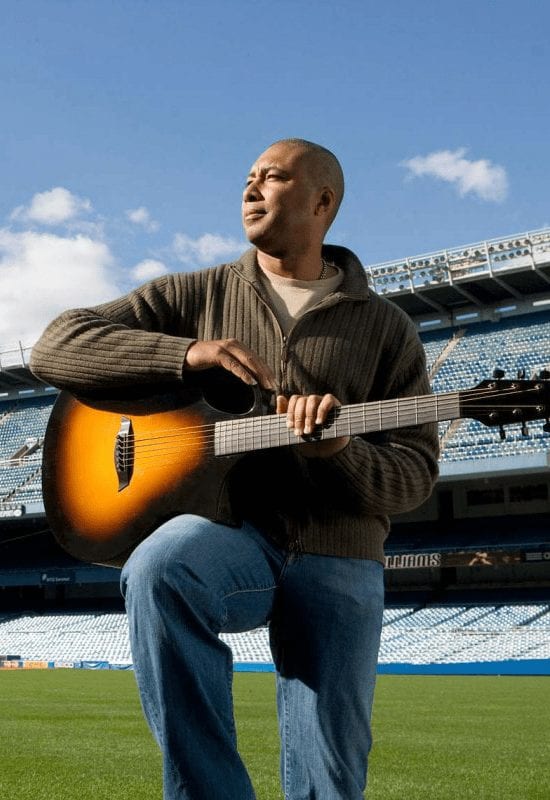 Each ticket to Bernie Williams’ concert on Friday, July 12 also includes a ticket to the Breathless All-Stars Charity Softball Game on Saturday, July 13.

Join us in the lobby at 7:15pm for a complimentary Italian Wine tasting by Pera Wines and an art exhibit by Zach Sorena!

Growing up in Puerto Rico, Bernie Williams discovered his love for baseball and music at roughly the same time. At the age of eight, he fell in love with the sounds of a flamenco guitar his merchant-marine father brought home from Spain, feeling the same exhilaration when he picked up a baseball bat around the same time.  In his 16 year career as a centerfielder for the New York Yankees, Bernie Williams was a four-time World Series Champion and a five-time All Star.  Throughout Williams’ years with The Yankees, his passion for music never waned, and the sound of a guitar would often be heard emanating from the clubhouse or during team flights. Whether acoustic or electric, a guitar was a constant presence in the star’s locker or equipment bag, and it was no surprise in 2003 when he demonstrated how serious his musical pursuit was with the release of his first album, The Journey Within. The record featured fusions of jazz, rock and the tropical rhythms of Williams’ heritage and was met with both strong critical praise and instant chart success- reaching #3 on Billboard’s “Contemporary Jazz Chart.”

Bernie Williams raised his musical game even further with the release of his second album Moving Forward. Featuring guest appearances by Bruce Springsteen, Jon Secada, Dave Koz, and an All-Star cast of renowned studio musicians, Moving Forward debuted as Billboard’s #2 Contemporary Jazz album in the country, and continued to hold that chart position for five straight, and spawned two consecutive Billboard #1 singles, “Go For It,” and “Ritmo de Otono.” The album was nominated for a Latin Grammy Award for Best Instrumental Album in 2009.

Will Carbonari, a RHS rising senior, is collecting used bats, gloves, helmets, baseballs, catcher’s gear and cleats for a 501c(3) non-profit organization called Pitch in For Baseball, which provides baseball equipment to underprivileged kids. There will be a donation bin at the Bernie Williams evening concert on Friday, July 12th, and one at the Charity Softball Game on Saturday, July 13th.