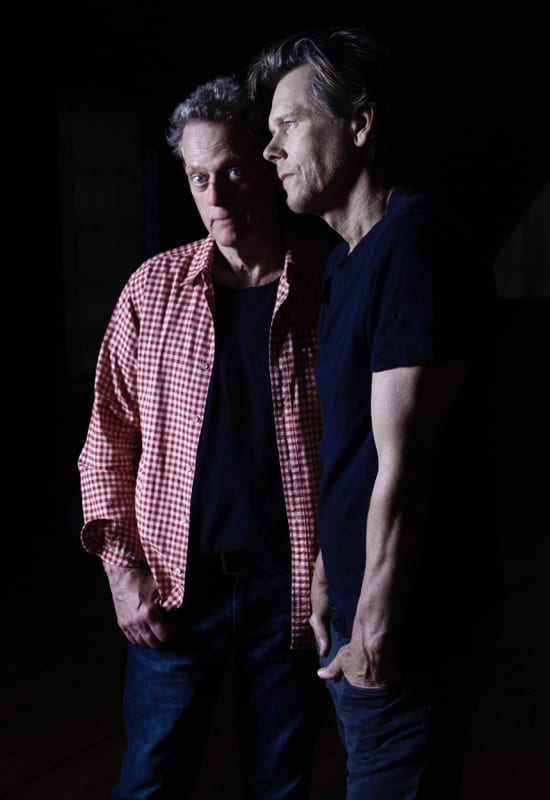 Sponsored by Cohen and Wolf, P.C. with support from Nutmeg Livery

Long before Kevin Bacon launched his prolific stage and screen career, and before Michael Bacon became known as the go-to composer for film and television, they were just two brothers, born nine years apart, coming of age in Center City Philadelphia. By the late 1960s, Michael, already a professional musician, would gig with his band at the city’s famed Electric Factory with a young Kevin tagging along when he could.  Neither brother lacks the means to steal the spotlight. Kevin Bacon is an award-winning actor with 80 films and dozens of television and stage credits to his name, resulting in numerous Emmy and Screen Actor’s Guild nominations cited in his resume. Older brother Michael, an Emmy-winning composer, most recently scored the documentary “That Way Madness Lies.” Other recent works include the audiobook: “You Don’t Look Your Age…And Other Fairytales” and the HBO documentary “Underfire: The Untold Story of Private First Class Tony Vaccaro.”  Despite their busy separate careers, they’ve kept their Americana, rock, country, singer-songwriter band going for more than 20 years – releasing 7 albums and earning praise for their gritty, eclectic live shows!