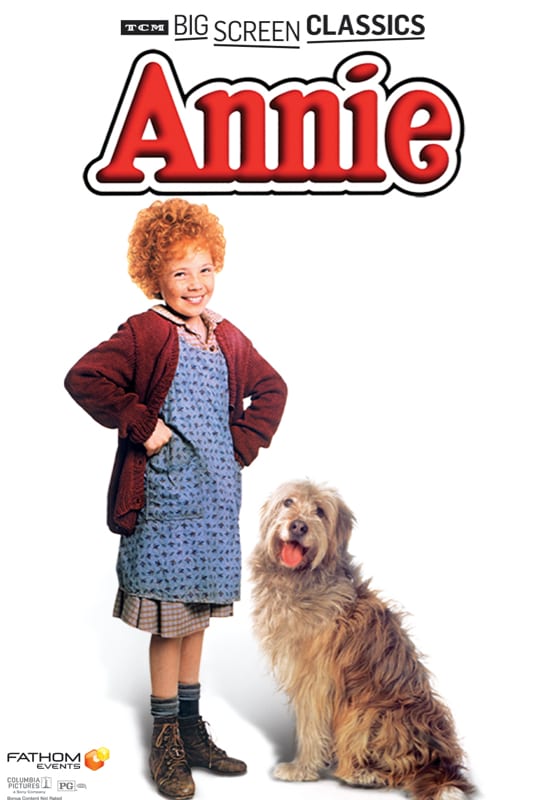 Based on one of the most popular comic strips of all time and adapted from the smash Broadway musical, Annie is set in Depression-era New York City, where a spunky little girl (Aileen Quinn) lives in an orphanage run by the boozy, tyrannical Miss Hannigan (Carol Burnett). Annie’s hopes soar when multigazillionaire Oliver Warbucks (Albert Finney) decides to take in an orphan for a week to “upgrade his image.” She gets herself chosen, gradually Annie and her adopted dog, Sandy, ingratiate themselves, and eventually Warbucks adopts the girl. But his search for Annie’s missing parents turns up only the villainous Rooster (Tim Curry) and his venal girlfriend, Lily (Bernadette Peters), who conspire with Miss Hannigan to relieve Warbucks of both the girl and a hefty reward. It is left to Sandy, the other orphans and Daddy Warbucks to rescue Annie before it’s too late.

The sun is coming out on this special event that includes exclusive insights from Turner Classic Movies.