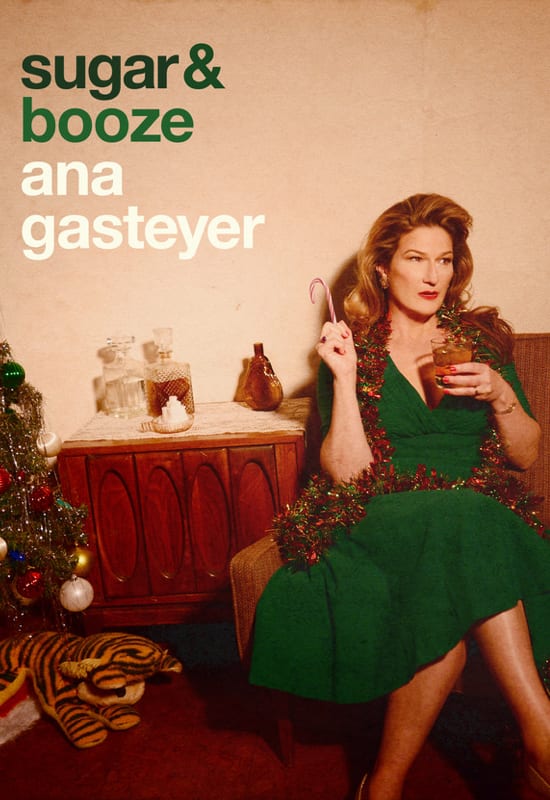 Join us in the lobby before the show for a complimentary tasting of Freixenet Prosecco and Italian Rosé!

Ana Gasteyer (SNL, Netflix’s Wine Country, ABC’s “The Goldbergs”) is sweetening up the holidays with her new holiday album and tour, Sugar & Booze. This evening of festive seasonal songs, classic and original, will offer a swinging nod to the vintage holidays of yore with a modern touch and plenty of style. With original songs, such as the modern nostalgic title track “Sugar & Booze,” and holiday classics like “I’ve Got My Love to Keep Me Warm,” “Have Yourself a Merry Little Christmas” and “Let it Snow,” you won’t want to miss this intoxicating, merry blend of jazz, pop, soul, funk, blues and comedy that will send holiday spirits soaring!

In addition to her works as actor on SNL, Gasteyer is a trained singer who has starred on Broadway as Elphaba in Wicked and in FOX’s A Christmas Story Live! and Grease Live! Sugar & Booze is the follow-up to her critically acclaimed debut album, I’m Hip. Gasteyer has toured with her band, performing what she calls her ‘Happy Jazz’ act since 2016, delighting audiences and critics nationwide, with her “high-octane vocals”, “a topnotch swingin’ ensemble” and “exuberant and rollicking entertainment.”