All My Sons – National Theatre Live in HD 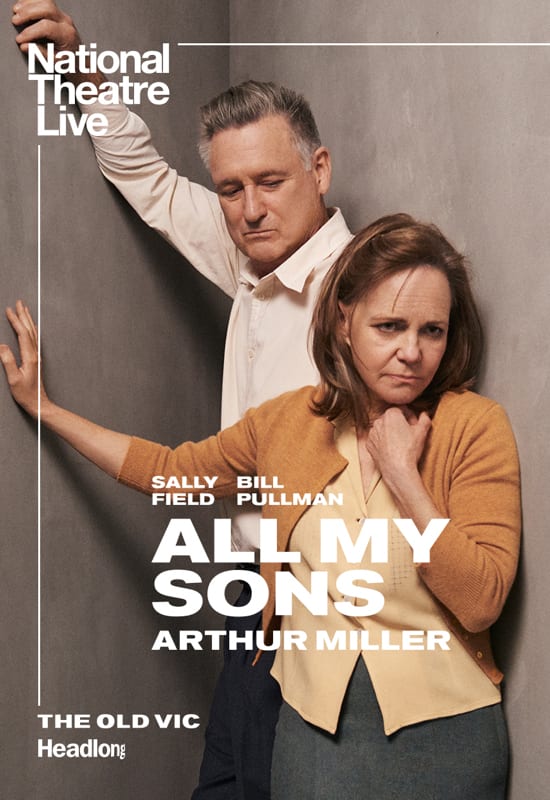 Broadcast live from The Old Vic in London, Academy Award-winner Sally Field (Steel Magnolias, Brothers & Sisters) and Bill Pullman (The Sinner, Independence Day) star in Arthur Miller’s blistering drama All My Sons. America, 1947. Despite hard choices and even harder knocks, Joe and Kate Keller are a success story. They have built a home, raised two sons and established a thriving business.  But nothing lasts forever and their contented lives, already shadowed by the loss of their eldest boy to war, are about to shatter. With the return of a figure from the past, long buried truths are forced to the surface and the price of their American dream is laid bare.  Jeremy Herrin (NT Live: This House) directs the cast, which also includes Jenna Coleman (Victoria), and Colin Morgan (Merlin) alongside Bessie Carter, Oliver Johnstone, Kayla Meikle and Sule Rimi.