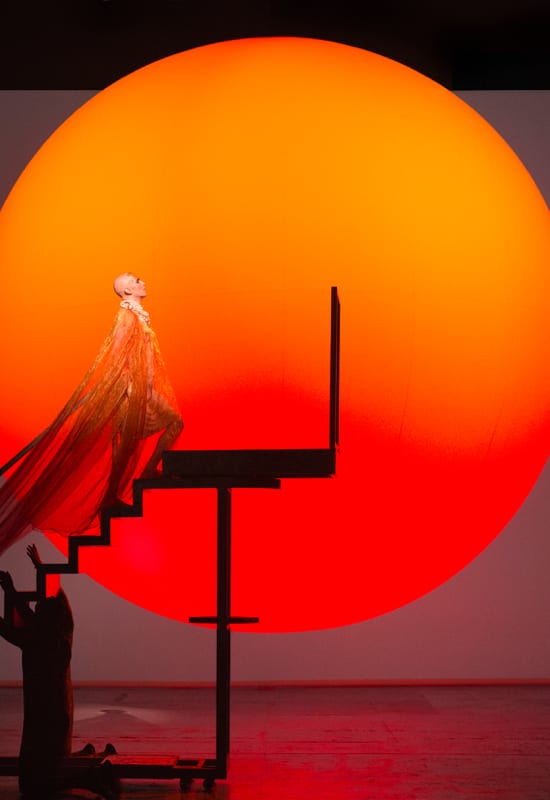 During intermission, Susan Gomez Pizzo , Solo Ladies Wardrobe Supervisor for The Met Opera and Louis Valantasis, Principal Men Wardrobe Supervisor for The Met Opera,  will be live on our stage to discuss the role of costumes in the Met’s dazzling productions!  Ms. Gomez-Pizzo has had a career in wardrobe for more than 30 years.  She has worked on Broadway as supervisor, assistant supervisor and star dresser – working with elite Broadway stars such as Julie Andrews, Vanessa Williams and Richard Dreyfuss.  Gomez-Pizzo joined the Metropolitan Opera in 2007 as Solo Ladies Wardrobe Supervisor where she has had the privilege to work with all of today’s great opera divas, including Natalie Dessay, Anna Netrebko, Deborah Voigt and Renee Fleming.  Part cheerleader, part coach and part confidant, Louis Valantasis began his career at The Met in September 2001 and became the Principal (or solo) Men Wardrobe Supervisor in 2012. He has attended to some of the world’s greatest opera stars including Placido Domingo; Jonas Kaufmann; Juan Diego Florez; Roberto Alagna; Vittorio Grigolo; Dimitri Hvorostovsky; Juan Pons; Feruccio Furlanetto and Aleksandrs (Sasha) Antonenko.

Phelim McDermott, whose productions include the hugely successful Satyagraha by Philip Glass, returns to the Met with a new staging of Glass’s Akhnaten, conducted by Karen Kamensek in her Met debut. Anthony Roth Costanzo sings the title role of the Egyptian pharaoh who attempted to inspire his people to adopt a new religion, abandoning the worship of the old gods for that of a single deity. In her Met debut, J’Nai Bridges sings the role of Nefertiti, Akhnaten’s bride, and Dísella Lárusdóttir is Queen Tye, the pharaoh’s mother. One of the staging’s distinctive visual features is provided by the Gandini Juggling Company, whose movements are perfectly choreographed with the orchestral score. This production of Akhnaten was originally created by LA Opera, Improbable, and English National Opera, where it premiered, winning the 2017 Olivier Award for Best New Opera Production.