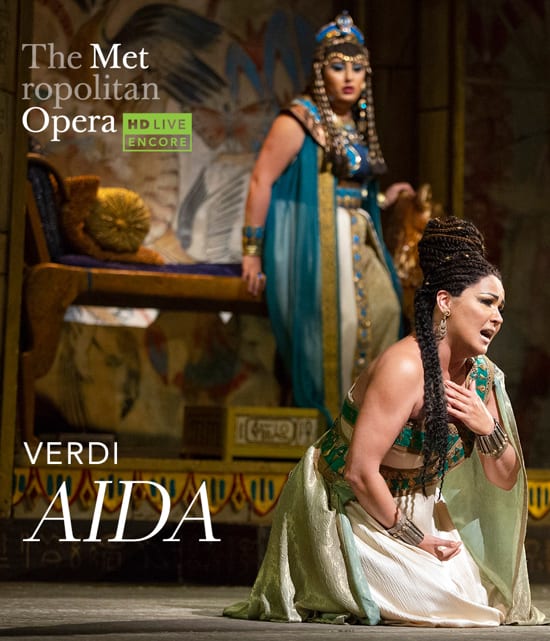 From the Metropolitan Opera 2018-19 season – last chance to see Aida this year!

LIVE Q&A on The Playhouse stage with Louis Valantasis, Principal Men Wardrobe Supervisor at this screening!

During intermission, Louis Valantasis, head of men’s wardrobe for The Metropolitan Opera, will be live on our stage to discuss the role of costumes in the Met’s dazzling productions!  Part cheerleader, part coach and part confidant, Louis Valantasis began his career at The Met in September 2001 and became the Principal (or solo) Men Wardrobe Supervisor in 2012. He has attended to some of the world’s greatest opera stars including Placido Domingo; Jonas Kaufmann; Juan Diego Florez; Roberto Alagna; Vittorio Grigolo; Dimitri Hvorostovsky; Juan Pons; Feruccio Furlanetto; Aleksandrs (Sasha) Antonenko who sings Radames in this broadcast production of Aida!