A Toast to Broadway – A Virtual Concert 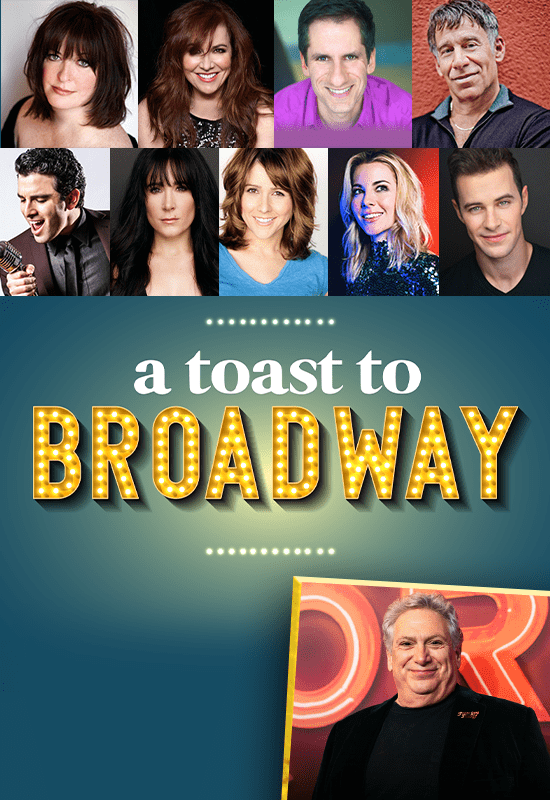 A Celebration of Broadway and Its Performers!  This show can be watched virtually from the comfort of your own home, or on the big screen at The Playhouse!  Each person who attends the screening at The Playhouse will receive a free glass of bubbly!  With the Great White Way closed until June 2021 – let’s raise our glasses and toast to Broadway!  Gather your friends and family this Thanksgiving weekend for this special streamed concert! Performances include some of your favorite Broadway stars – Jarrod Spector (Jersey Boys, Beautiful: The Carole King Musical), Tony Award nominee Ann Hampton Callaway, Morgan James (Motown The Musical and Postmodern Jukebox), Oscar, Tony and Grammy Award-winning composer Stephen Schwartz, Seth Rudetsky (Sirius/XM Satellite Radio’s ON BROADWAY, Broadway pianist, award-winning comedian, book author, cowriter & costar of Bway’s DISASTER!) Tony Award winner Debbie Gravitte, Sam Gravitte (Wicked The Musical), Alli Mauzey (Hello, Dolly! Wicked The Musical) and Dee Roscioli (Wicked The Musical, The Cher Show) and more – including a special guest appearance by Tony Award winner Harvey Fierstein! Hear some of your favorite Broadway numbers from Hamilton, Wicked, Chicago, The Lion King, and Phantom of the Opera along with lots of surprises!