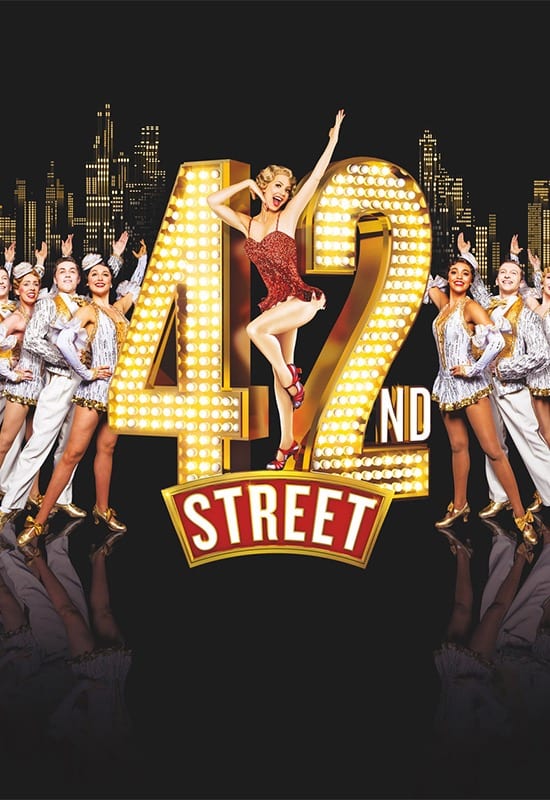 By Experience Theater on Film

Come and meet those dancing feet! Known as a song and dance extravaganza, 42nd Street is the Broadway musical about making a Broadway musical, complete with a score by Harry Warren and lyrics by Al Dubin – with Broadway standards “Lullaby of Broadway”, “We’re in the Money” “Dames”, “Shuffle Off to Buffalo” and, of course, the title song. One of Broadway’s most classic and beloved tales, 42ND Street comes to our big screen in the largest-ever production of the breathtaking musical. Filmed in 2018 at London’s Theatre Royal the production is directed by the original author of the show, the late Mark Bramble. This eye-watering extravaganza is full of crowd-pleasing tap dances, popular musical theatre standards and show-stopping ensemble production numbers.